A puzzle, an argument and a swan 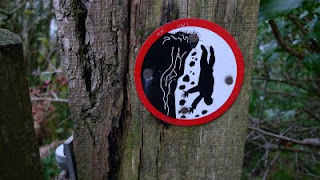 Try to stay with it!
Yesterday's post ended with a puzzle and a promise to show how the answer could help you win an argument. The puzzle went something like this. If I tell you that I love my wife - and I tell you this is a fact - then who alone can verify this?
The answer, of course, is me - and only me. Indeed, we might describe 'I love my wife' as an internal fact because only I can know the answer. This isn't quite how we think of facts in the normal sense. Nonetheless, let me explain how these internal facts are very useful if you're having a row.
When arguing we tend to be very certain of our position; the difficulty is that our opponent is too. So telling someone they are wrong is seldom very helpful - after all, it is a matter of evidence and opinion. The same goes if you say they are domineering, they made the wrong decision, or their tie is too loud. Argue this way and you're more likely to have a shouting match than reach a resolution.
On other hand, if you stick to internal facts, you are on more solid ground. Compare saying 'you were wrong ' with 'what you did upset me deeply.' Or 'your tie is too loud' with 'I am embarrassed to be with you.' The former statements are open to challenge; the latter simply say how you feel - and only you can be the judge of that. Try it next time you're having a bust up.
At this point I ought to own up to a bit of over simplification. Because there are many philosophers who would say these aren't facts at all. They would say this is all a word game - and I am confusing three different ideas - knowledge (the things we know) and truth (things we know to be true) and facts (things we know to be true - and which can be independently verified).
I would argue that these ideas are tied together. And if you accept the definitions above, what happens to something like maths? We have already seen that mathematics can only be proved by reference to more maths - hardly independent - and yet how many of us would say that '2+2=4' isn't a fact?
So even allowing for some simplification - facts are still more tricky than we think.
But what about ordinary facts - the type we can see and feel; a fact like the sun rises in the East every morning? Surely facts like these are pretty straight forward?
Sorry; not quite.
Some ordinary facts are what philosophers call 'deductive' - we work out their truth from other information. For example, if we are told that John has only two siblings - an older brother and a younger sister - then we can deduce that John must be the second born son. The conclusion is obvious and it can't be any other way.
Except that to deduce anything we are relying on previous assumptions - which if we wanted to be really rigorous, we would also have to verify or deduce - and so on and so on, in a never ending spiral - until eventually we end up back with Descartes' aphorism I think therefore I am. So deduction is good - being a logical type I tend to like it - but it is not perfect.
The other ordinary facts are termed 'inductive'. These are the things we observe - like the sun rising every morning and apples falling from trees. We verify our knowledge - in other words we, establish the facts - by observing, checking and observing again. It is only by observing that we know that the sun will rise tomorrow - all the science which supports the sun rising is actually observation of a sort. Indeed, virtually all of what we call scientific facts are actually inductive.
No problems there. Except the teeny-weeny problem is that the more we see something, the more factual we believe it to be. And if we observe the same thing happening, say a million times, why we tend to consider it an indisputable fact. After all, that is reasonable, isn't it?
It would be - if only we hadn't discovered Australia.
Because before then, every swan we had ever seen was white. And let's be frank, we'd seen millions of them. For thousands and thousands of years every swan anyone had ever seen was white. Everyone knew that swans are white. That much was a fact, yes?
So how annoying that a certain Captain James Cook should return with news of a black one!
The case of black swans is the archetypal example of how induction can fail. And it applies to almost everything we take for granted. The philosopher David Hume argued that we really have no more reason to expect the sun to rise tomorrow than not - it is just that we are predisposed to think that way. I can't help but think it too, but I know logically Hume is correct.
So where does all this leave us?
Probably you're just glad I am nearing the end! More seriously, I think it should leave us sceptical.
What we consider to be factual is seldom as indisputable as we might wish. In the hands of politicians, facts are notoriously slippery - equally so in business.
But they are in science, and quasi science too - the 'factual' advice given to mothers in the Sixties, to let babies sleep on their tummies, is estimated to have caused tens of thousands of cot deaths.
The same goes for our assessment of other cultures, of history, of the environment... In most of these areas we are very long way from knowing the truth. And that's a fact!
Posted by The bike shed at 6:59 PM