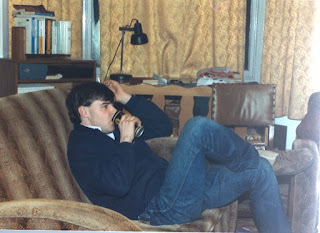 A letter arrived on Friday, redirected from my old address. It was from Leicester University Alumni Association. After thirty years they'd found me; probably want some money, I thought.

But I was wrong, the Alumni is free to join. There was even an apology that many students from the Seventies and Eighties had, for so long, been overlooked. Using modern tracing techniques they were contacting ex-students and they hoped I would join. Perhaps I'd visit the University for the 'Homecoming' event in July.

I went to Leicester in 1979, a northern boy with a world of opportunity. It was an awakening, and like many people of my background and generation I look back with deep affection for the three years I spent  studying, partying, earning and learning about life. Ten years ago I happened to be in Leicester on business; I took some time to visit the campus and as I strolled back to my car I was not surprised at the hot tears rolling down my cheeks.

Nostalgia is heroin for old people, my eldest son once chided me. He has the confidence of youth and a healthy disregard of his father's sentimentality. Yet last Christmas he insisted on travelling two hundred miles to be with his girlfriend on their 'anniversary'. And last week my middle son was sitting with his girlfriend cooing at old photographs - we're reminiscing, he said. At fourteen, I laughed! We all of us, I suspect, have a yearning for times that can never come again.

It was always my ambition to return to university. In my last year at Leicester I won a scholarship to study for an M Phil in Philosophy. They would pay my fees and I'd have a full post graduate grant - that sort of funding would be unheard of now. But it was 1982, there were three million unemployed and whilst many of my friends were struggling to find work I was offered a well paid job by a newspaper. I remember the letter I wrote declining the postgraduate course, my heart is in further study, but my head says I have found too good an opportunity.

I was twenty years old when I wrote that. Astonishing to think I'd graduated, started my career, bought my first house and still had a month to wait for my twenty first birthday. And therein hides some of the imperfection. For if university had felt like Arcadia, home was not. During the three years at Leicester my father's depression had worsened; my mother had finally divorced him and was living in a small flat - she had no room for me and boyfriend problems dominated her time.  No one came to see my graduation; I watched my friends from the stalls and understood I was essentially alone.

And in truth university was not entirely Arcadian. I suffered from severe anxiety attacks, triggered by a student prank with a Ouija board, but rooted in a childhood riddled with fear. I seldom went home; I was emotionally dependent on my girlfriend from school, who had little idea of what I was getting up to at college. We were married three years later, divorced by my late twenties - not my finest hour, but I hope forgiven now.

After the letter arrived on Friday I looked for the first time in years at Friends Reunited. And amongst the hundreds of names were a few that I recognised; an old girlfriend (two actually), a flat mate, a drinking pal whose remembered wit still makes me smile. I even found the chap with millionaire parents, whom for all my adult life I have regarded as the perfect example of why private education is unfair - it turns out he became a teacher. (I once wrote about him here)

And as I looked at the list and read of their lives and achievements, I was reminded of that scene in Dead Poets Society when the inspirational John Keating (played by Robin Williams) shows his pupils the faded photographs of long dead students. They were just like you, he says, full of hormones, invincible, destined for greatness. Lean closer, he whispers, listen to their legacy...

Carpe diem; seize the day - and make your lives extraordinary. 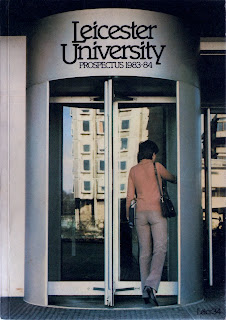