A matter of fact 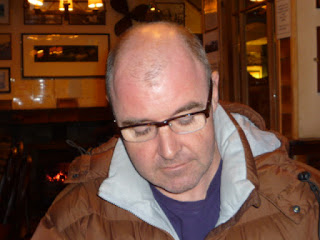 In philosophical mood - beer helps.
At work today we were discussing a project that had made an unexpected loss, trying to establish why we'd spent more than planned and recouped a great deal less. Something had clearly gone wrong; budgets were at risk; we needed to understand why? But there's no point talking about it now, my colleague suggested, we need to first to investigate and establish the facts.
What 'facts' tend to means in my company is always a list of figures, occasionally a reference to a contract, and sometimes a bit of hearsay thrown in for context. If we can see all this written down, so much the better. But facts in their true sense are a lot trickier than this - and as we debated the latest mini crisis my mind wandered off to more philosophical concerns....
Some facts are obvious. We know, without the need for evidence, that all bachelors are men, that circles are round and that gifts are free. We know this because these statements are no more than a play on words, which we call tautologies. Philosophers refer to these statements as 'trivial facts' because their supposed conclusion tells us no more than the premise - for example, saying 'round circles' gives us no more information than 'circles.'
If my comapny's Finance Director were reading this I suspect his eyes would have glazed over by now. All this talk of tautologies and trivial facts, it's airy-fairy nonsense; everybody knows that the real facts will come down numbers - after all, you can't argue with the maths!
Or can you? Because numbers are very strange as a matter of fact. Indeed, when you come to think of it, they don't really exist in the normal sense. I might, for example, have two apples on my desk, and I know this because I can see them in front of me - but although I can see the apples, where exactly is the number 2? And for that matter, where might I find multiplication or subtraction in the world as we know it?
Mathematics is an example of what philosophers call a-priori knowledge (purists must forgive me because I am going to use knowledge and facts interchangeably or we'll be here all night). A-priori translates as 'before observation or experience'; it means that we acquire this knowledge without any reference to external factors. Or putting it another way, the proof of mathematics is, well, more mathematics!
This strange category of a-priori facts is not constrained to mathematics - it extends to our very existence. When Descartes wrote Meditations he was trying to pinpoint the root of knowledge - what single fact, he asked, can I establish without relying on some other fact to prove it? His conclusion was the most famous a-priori statement of all time: 'I think therefore I am'. Philosophers have long argued over whether our views on ethics constitute a similar form of knowledge.
And all of this before we even get into ordinary facts - the old fashioned kind you can touch and smell and see - the kind that scientists and Hercule Poirot prefer - you know, the sort that are simply true or false. As always it's not quite that simple. But I'll save that to tomorrow's post and instead leave you with a puzzle.
If I were to tell you that 'I love my wife', such a statement would either be either true or false. Let me tell you it is true - which indeed it is. But who, to any reasonable level of satisfaction, could verify this? Who alone would be able - as my colleague suggested this morning - to investigate and establish the facts?
Tomorrow, I'll show you how this can be very useful in winning arguments.
Posted by The bike shed at 7:13 PM