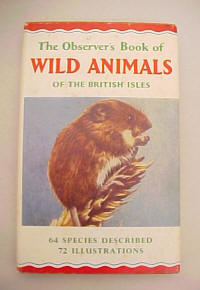 Here's a good car-game for kids that makes a change from, I spy with my little... Instead, ask them to name fifteen of a chosen category - for example, flowers, or maybe football teams or countries. Nothing too difficult you understand, but not too easy either - you'll be surprised at the results.

The interesting thing about this game is how fifteen works as a target - it's large enough to make their initial blurt not sufficient, but not so great that they've no chance of reaching it. Take 'birds' for example -  most youngsters will reel off a few common species and then get stuck at about ten or eleven; eventually, and with a bit of prodding (what did we see in the zoo) they'll remember fifteen. Then it's their turn and they'll ask you for fifteen Pokemon!

Interesting too are the ones that you think are quite simple, but you end up struggling yourself - try, Wild British Mammals for example.

Easy-peasy-lemon-squeezy, said my boys a few years ago - there's mouse and fox and rabbit and badger...  and rats and deer (good one) - and sheep (sorry they don't count).  The way we play, sub-species aren't allowed, so you can't, for example, list three types of mice. But it's still pretty easy, isn't it? So far we have six - only nine to go.

It's surprisingly difficult to list fifteen wild British mammals - okay, so there's wild boar that have gone feral in the Forest of Dean, ponies on Dartmoor and cattle at Chillingham - but these aren't truly wild in the way we generally use that term. Add them if you like, but you still have some to go.

You could have squirrel, wild cat, pine marten, polecat, weasel, shrew, stoat and otter. You're at seventeen if you got those. A bat makes eighteen and then your into seals, porpoises, dolphins and whales - and that's about it. There are few more depending on what you allow - mink perhaps; I've seen lists that include walrus.

There are just over sixty individual species generally regarded as breeding in the UK - much lower than Continental Europe and fairly paltry compared to the 5,500 known on earth. We do best with insects but then they're millions of those worldwide and thousands of new ones classified every year. On the other hand, I was fascinated to learn recently that New Zealand had no mammals until the arrival of man. But I'm going on too long, this was meant to be about the game.

Try fifteens next time you're stuck in the car - with or without kids - and here are a few more categories to have a go at: