Back row - fourth from left


I have been tagged by the Zoo Archaeologist to say seven creative things about me. So with a slight twist here are some thoughts on seven tutors, all of whom have been influences. And along the way, I'll try to say something about myself too.

When I was a child my Mum wrote a craft book for children. It was never published, but nonetheless we were her guinea pigs, testing ideas and being photographed with our creations. I remember making a lot of  hedgehogs from potatoes and cocktail sticks, In fact my mum had a thing about potatoes - potato sculptures, potato printing  potato heads. The legacy of all this is that I make just about anything (well, to child's eye anyway) from a few boxes, some glue and bit of paint. 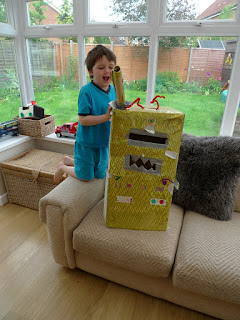 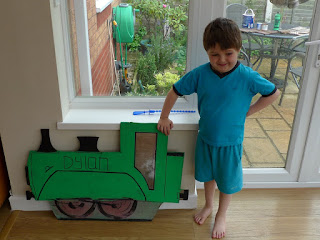 The head of art at my high school, June Davies, was the first teacher I can recall (for any subject) who was genuinely encouraging. She taught me how to 'look' rather than spending hours on technique, and she recognised I was interested in more than making pictures that please. She once said to me, 'The difference with you is that you're already an artist; the others are just trying hard.' I have never forgotten that. In a round about way June Davies also gave me my first commission - a painting of sunflowers for a friend of hers who had seen my work at the school exhibition. I sold it for £10! 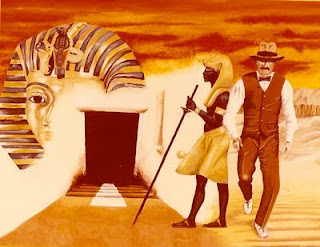 
I didn't study art at University; instead I read politics and philosophy. My tutor there, Professor John Day, helped me realise that creativity comes in different forms and has many uses other than craft or art. He used to say, to be a philosopher you need to think hard - very hard - and then you need to question; then think again, and question again, and again... 'Philosophy isn't about sitting in fields of flowers; it is difficult. And if it isn't, you are not doing it correctly.' I still practice that - though  I'm sure some people I know would rather he hadn't taught me quite so well.

Which is not the sort of thing John Skinner would say. John was my painting tutor for six years, and he had a greater influence on me than anyone except Jane and my children. Working with John was never easy; he as good as forced me to take my work seriously: 'painting is important', he would say, 'and I'm not interested unless you believe that too'. John was (is) challenging, irascible, caring, frustrating, brilliant....  my life was enriched when I met him and is the lesser since he moved to France. 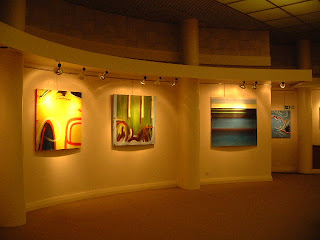 Exhibition 2002
Shortly before John moved abroad I began writing in my sketch books. It was typical of him to see the possibilities and as I became more interested I used to visit his studio and spend the weekend writing instead of painting.  But it was Jane McNulty, my first tutor from the Open College of Arts, who gave me the enough confidence to have my work assessed and even published. Later this year I should complete my degree in creative writing - now that really would surprise some of my school teachers!

My penultimate choice is perhaps an odd one: it is the landscape. Of course this is not a tutor in the traditional sense. Nonetheless I take inspiration from the landscape and I am fascinated by returning to familiar places. A lot of what I write about is connected to the idea of time and place, of returning to think and question the past; and to think again, and again... 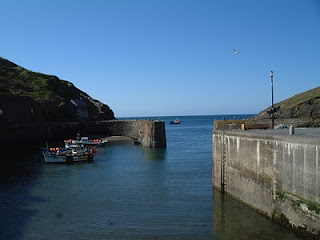 Porthgain, near my house in Wales


And finally, my children have taught me more about myself than anyone. They have also given me endless opportunity to practice all I have been talking about in this post. We have surfeit of cardboard box toys; I have their paintings stored and catalogued; I suspect we are one of very few families that discusses ethics and metaphysics; they all read my blog - even Dylan, who helps me with my-little-i . In fact, only today we were painting together; no surprises what he wanted to draw... 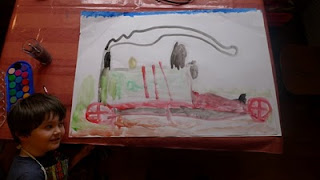