On seals and boxing and deeply felt aesthetics 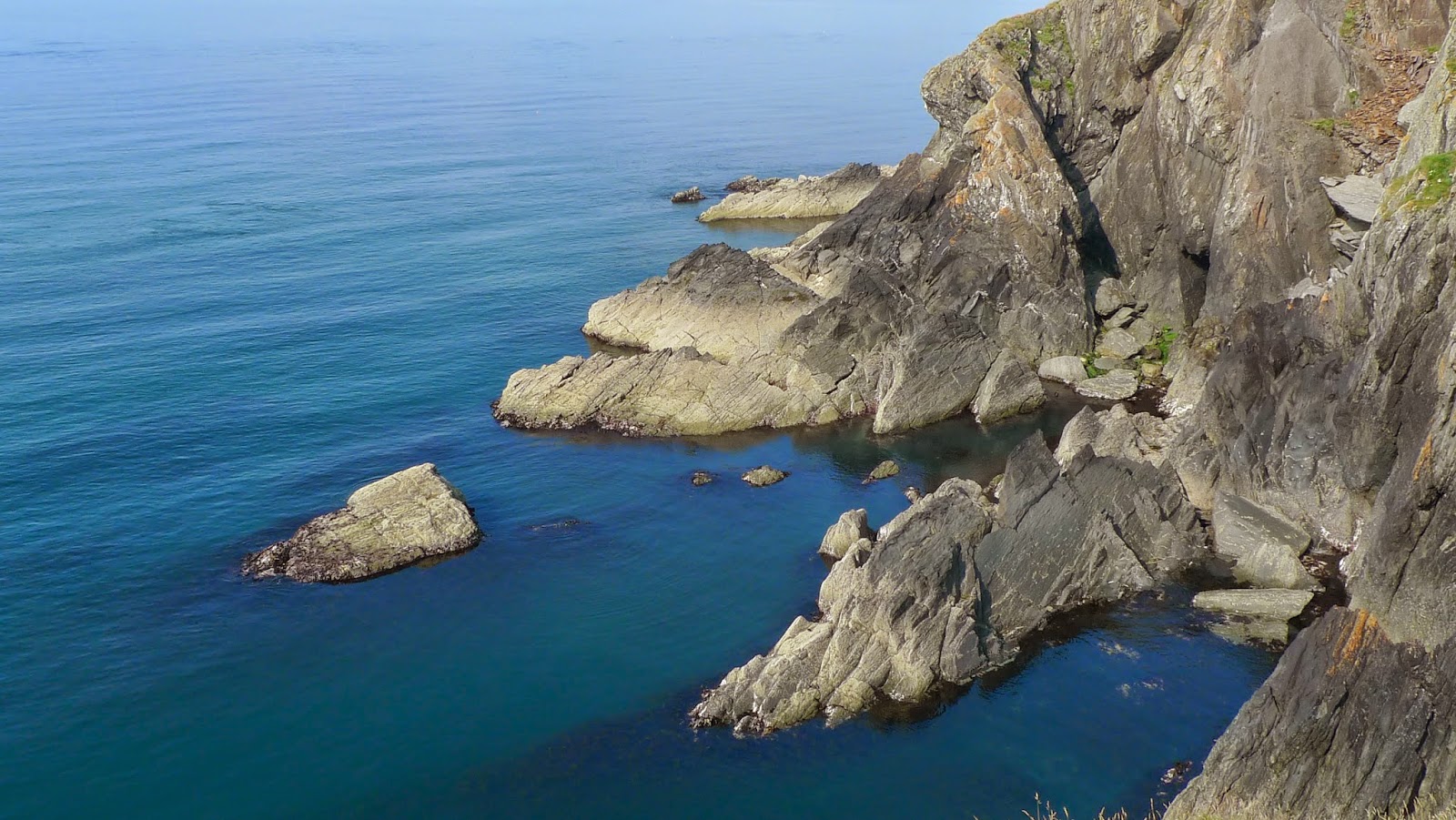 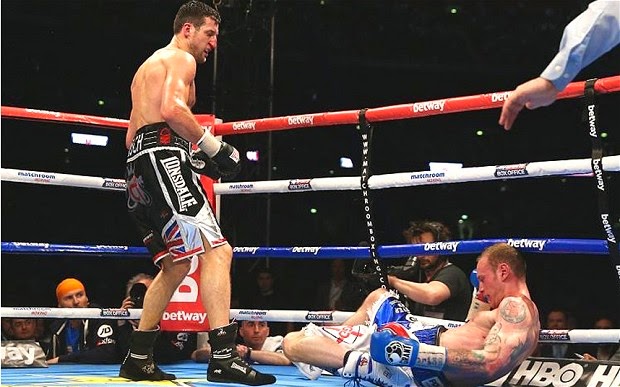 Last Friday I walked with my eldest son from Abereiddy near my home to St David’s Head – nine miles of rugged splendour: five seals in a bay, a kestrel at Carn Llidi; my first butterflies of the year.  The next day I drove to London with my middle son and cheered as Carl Froch bludgeoned George Groves with a right hand we could feel from the second tier of Wembley Stadium.

Those who know my writing won’t be surprised by Friday’s walk, but I suspect they might be perplexed by the boxing. ‘How can you like such a violent sport?’ my mother in law often asks. ‘With what you’ve written about your father, I can’t understand it.’ Like many people, my mother law in law regards boxing as horrid; a form of institutionalised violence, which has no place in the athletic world – I’m paraphrasing here, but the sentiment will be familiar.

And I understand it too. Boxing is violent in the sense that the pugilists are – to put it plainly – trying to hit each other as hard and as accurately as they can. What’s more the obligatory trash talk before the fight creates an atmosphere of aggression that can be unsavoury to say the least. The crowd on Saturday was a disconcerting cocktail of gangster suits and fake tanned peacocks.

But then other sports are aggressive in different ways. My mother in law loves rugby – and I know of no one who is more vicarious and visceral in her support of the national team.  ‘Get him; punch him; get in there…grrr…’ Most rugby matches I see involve regular punch ups, often gruesome injuries – and here’s a point to ponder – behaviour that outside of a rugby pitch would invite criminal prosecution. Football is less violent on the pitch, but I’d not take my young son to a match because of the tribal intimidation of the crowds.

It’s interesting to me that almost anyone I’ve spoken to about boxing – who has also been on the end of domestic violence – can see the distinction immediately. Violence is the unlawful use of physical aggression; it involves one party assaulting another; a resort to force to impose their will, whether that be on a playing field, a backstreet or a bedroom.

And that’s an entirely different thing to two adults entering a boxing ring, each voluntarily present, knowing what’s involved and happy to accept the outcome. I could go on about the adherence to rules, safety concerns and more, but it’s all a bit peripheral.  Better simply to declare that there is aggression in boxing, and lots of it - but it not uninvited, and that’s the key point.

For all this defence of Saturday night, I should point out that I don’t think my mother in law is entirely wrong. It seems to me that it’s possible to hold an ironclad objection to boxing on aesthetic grounds – it just feels wrong, and for all the talk of rules and safety and voluntary participation, the fact that grown men are punching each other is at odds with what we ought to consider as sport.

I don’t share that view, but I can understand it.  My dislike of fox-hunting is something similar – there are flaws and inconsistencies all over the place if I try and articulate it.  But deep down, I can’t reconcile myself to people taking pleasure from hunting a beautiful wild animal – uninvited violence of a different sort, perhaps?

Returning to Saturday. It seems to me there is something deeply pure about boxing, which, more than any sport I know, connects us to our most primitive emotions. As we watched from high in the new Wembley gantries, the crowd turned to cheer at Daniel Craig (who waved from the VIP box behind us). I said to my son – it’s not very different to the coliseum is it?

Then the fight began and we were lost in the noise.
Posted by The bike shed at 9:49 AM

Labels: About me, Ideas, Sport