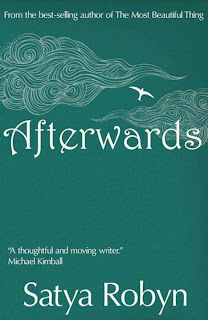 I've no doubt it will be a good read, but it's interesting to me in other ways.

I first met Satya, or Fiona as I knew her then (she's since become a Buddhist monk), more than ten years ago, on a course for business facilitators. We were placed in the same 'support and challenge' group, and being a trained counsellor she was good at that sort of stuff - by far the best on the programme. And I especially remember us sharing doubts about the direction our carers were heading - neither of us sure which way to go.

As it happened, I stuck with the corporate world; Satya became a full-time writer and a counsellor. Despite our different paths, we've remained in touch ever since -  and both choices were right I think.

Satya could easily find a traditional publisher and indeed used to have one - but in recent years she's chosen to self publish, using Kindle and a network of contacts and social media to promote sales. I'm in awe of her constant initiative and regard her as one of the best and most innovative networkers I know.

It strikes me that this approach to self-publishing is good for all writers, new and old. In today's challenging times, even well-established authors find it hard to attract mainstream support. One option is crowd-funding through agencies such as Unbound - see here for Rory Maclean's project on Transnistria. But while traditional print still has its place, there's also one for well produced, well promoted - and well written - ebooks, that can be made available without the need to jumping quite such high hurdles.

There's a lot of bloggers and would-be writers who could learn from Satya. Meanwhile, if you'd like to read the reviews and buy her book, click here.

Enough from me for today - or actually, not quite

For to celebrate the launch of Afterwards, Satya has produced a gallery of works inspired by the title - if you click the link, you'll find an image and some writing by me.
Posted by The bike shed at 12:00 PM