Paintings, jugs and an aversion to art bollocks 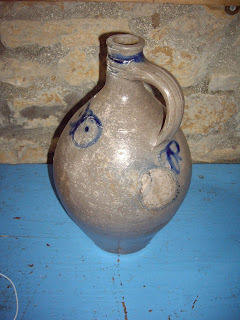 I have stopped collecting paintings - not so much for austerity as boredom at what I see in galleries. What's more, I'm not much interested in those I acquired when I was enthused. We moved to a new house two years ago - in that time I've put about four on the walls; the majority in the loft, relegated to the piles of 'stuff' we accumulate over our lifetimes. The other day, I realised it's ten years since I bought a picture of any significance.

I can't wholly explain this aversion -  after all, I still 'think' in visual terms and believe passionately in the importance of art. Part of me feels that paintings have become too 'middle class'. On the face of it a somewhat hypocritical view, as I'm solidly in that social bracket. Nonetheless, I've always recoiled from overt status symbols: big cars, designer suits, aviator watches... At best they are a wanton waste; at worst they make the owner look like a prick.

In truth, owning art (especially original pieces) has always been a status symbol - a sign you're beyond worrying about the everyday essentials. Indeed, it's an oddity that many galleries will tell you they do better in recessions than they do in times of economic plenty.

But my sense is that it's getting out of hand. Recently, in a small Pembrokeshire gallery (one that still sells some of my paintings)  I noticed many of the exhibits were labelled 'POA'. When a customer sheepishly asked the price of a watercolour, the owner replied, Fourteen - and after a pause, Thousand! I wouldn't have paid a hundred.

I'd estimate prices in Pembrokeshire have doubled in five years - which makes me wonder if those canvases in the loft would sell on eBay - almost anything decent is beyond the reach of ordinary folk. What's more, the cost bears little relation to quality - but then money and good taste are seldom bedfellows. And don't get me started on 'limited edition prints', one of the cleverest marketing rip-offs of all time.

I should say there are exceptions. Really good contemporary art can still be found - and the open studio schemes are an excellent way to meet artists and understand what's behind their work. Dorset Art Week is a long-standing and shining example of good practice. I treasure personal items too - pictures by friends and family, objects with a true connection - my shelves are peppered with models made by my children; I have drawers full of their sketchbooks.

And I haven't stopped collecting 'stuff' - I've merely adjusted my sights. I have a growing collection of cheap kitsch which we call the 'ugly shelf' that I'll write about soon. Over the last few years I've also become interested in jugs and jars, especially old ones - the more utilitarian the better. You can buy these anywhere from posh antique dealers to car boot sales - or in the case of France, the excellent brocante stalls which seem to be everywhere.

The flagon pictured at the head of this post is an Alsace cider jar - it is beautiful, and it cost me twenty euros. The jug below was three euros from a brocante warehouse that verges on the surreal (see pictures further below). I like them because they are intrinsically lovely objects - because they delight and inspire me and I had fun discovering them. But also, they remind me that good art is about precisely that - and not the status driven, art bollocks which ultimately ends up littering the loft. 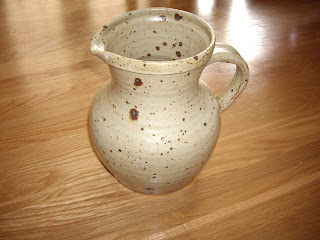 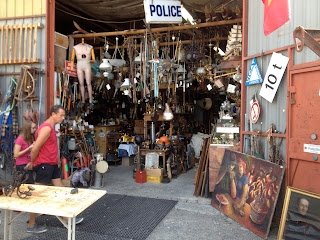 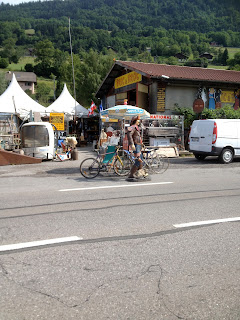