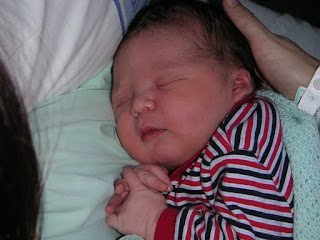 4 November 2004
Five years. Has it really been that long? It feels like yesterday and forever. So much life in such a short time.

Time Passes. Tick-tock, Tick tock...
So wrote Dylan Thomas, after whom you are named. I wished you his genius if not his weakness. You have his charisma already, and his bombastic ways - you sing like a Welshman too! But I forgive you your faults, as I always will.
Strangely, I can't remember your birth, perhaps because it was so early in the morning. What I do recall is bringing you home. And your brothers sitting on the bed, looking but not touching, just as they were told - then gently, one at a time, holding your hand. They wanted you to wake, but you slept through it all: oblivious.
Oblivious too of the years of yearning, the three miscarriages, the nuchal scans, the waiting for results, the tests and more tests - and the waiting - always more waiting - until the final phone call. And when it came, the nurse asked if I was sitting down.
'All clear,' she said.
You see that's the thing about probability - it doesn't work in the real world. There is only one you and you were always perfect. Just like there's no probability or quantum for love: you either do or you don't; all or nothing, no half-measures. And every day you remind me of that simple, inexpressible, fact.
Happy birthday Dylan; it's the least and the most I can say. 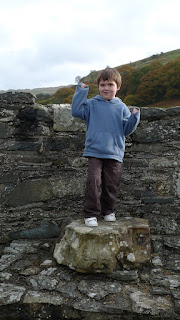