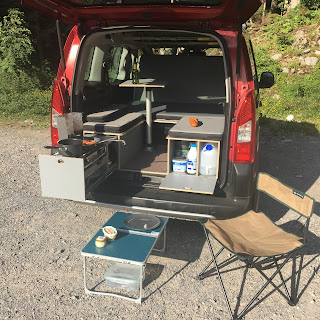 I can't quite believe I'm doing this, for normally my blog is the exclusive preserve of reflective writing.  But as I've had several comments and emails about my Berlingo boot jump I thought I'd post some pictures and information.

I bought mine from Erigal campers and it cost about £1,000—it fits into any Citroen Berlingo, Renault Kangoo or Peugeot Partner van.  There are many other suppliers you can find on the web—in the UK the market leader is a company from Wales called Amdro which sells very high-quality units but they are more expensive.  The awning tent is an excellent addition and it cost about £250.

The whole unit stows neatly into the boot space but there's still room for day to day shopping and the like. By folding the middle seats of the car flat the boot jump can then be opened out to create a mini camper—and at night it can be dropped further to make a bed. Some of the pictures below show it in use on a trip to France with my son—it's especially useful for an overnight stop on the motorway.

When I bought a second Berlingo for the UK I decided to make my own version of a boot jump from plywood—using good quality fittings, it cost about £250, and if I say so myself, it's not a bad job.  Currently, my son has nabbed it and he's taken it camping a great deal in the north of England.

But enough - the pictures can tell the story from here.

PS. I have a nagging suspicion that this post is going to get loads of views while my writing languishes unread...  c'est la vie, as they say in France. 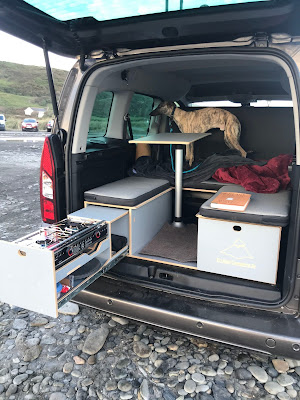 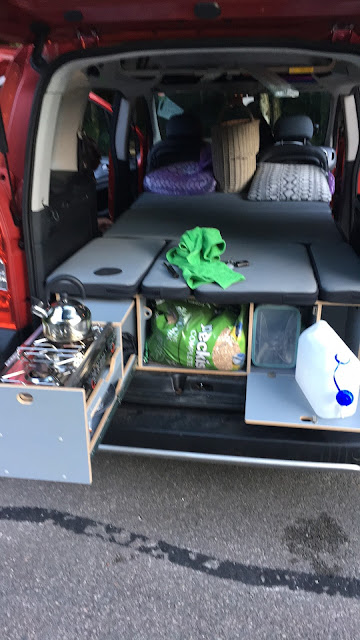 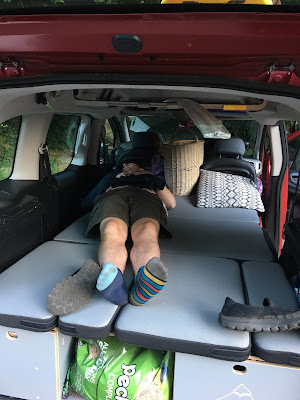 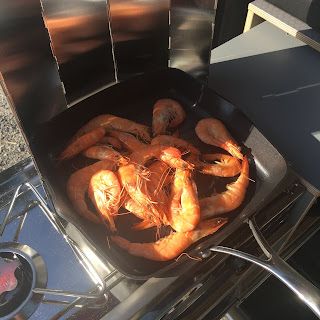 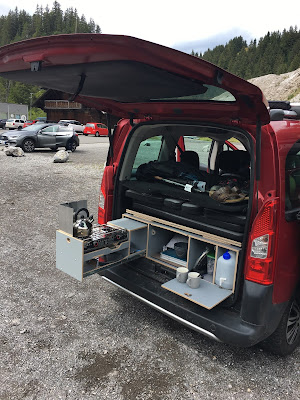 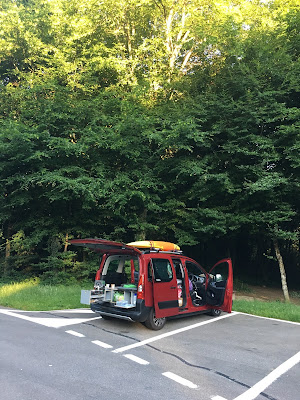 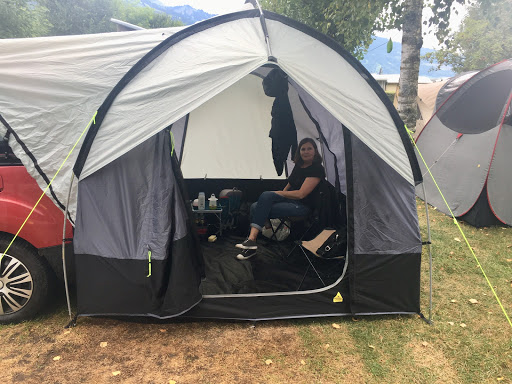 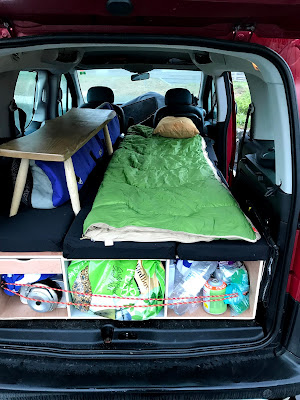 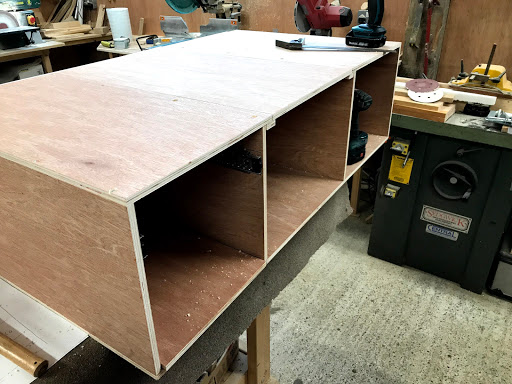 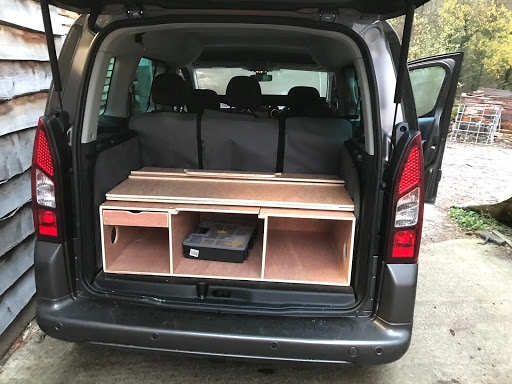