Details that make a picture 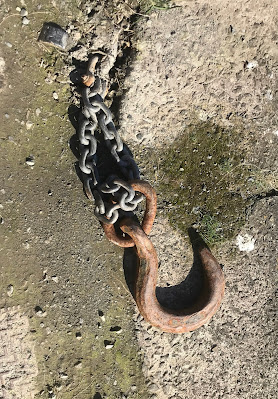 Yesterday we walked a section of the coast path near our house in Pembrokeshire. It was one of those crisp mornings, the horizon as sharp as the air was clear; skylarks out-competing the lapping of the tide. And all appropriate I thought for a Good Friday that feels like a harbinger of brighter days.

As we ambled through the quay I stopped to photograph some chains on the jetty walls. Why are you taking pictures of those, Jane asked?  I want them for the blog, I explained: they contrast the small with the large, industry with nature, the particular and the general... It's not a new observation; artist and writers have been doing this for centuries. 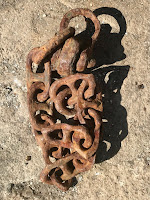 Among the thousands of photographs on my computer, there must be hundreds of shots of doors and latches, grills and benches, post boxes and signs. Often they're quirky or funny ( I have a selection of gates that go nowhere) and usually they're arresting or beautiful, though it can take a certain eye to see it. During the recent lockdown, I took to snapping items abandoned in our local canal.

But this weekend has been far from melancholy.

Rather, it's been a delight to see people returning to the beaches and paths. There have been smiles and greetings, a sense of hope and a generosity of spirit that was often missing last year.  It feels as though we've all come a long way from those first few fearful months— the desire for a new beginning is palpable, and I hope as irreversible as we've been assured. 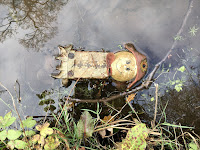 Which leads me to ponder, if taking those canal photographs reflected my mood at the time? Was it anger and frustration that led me to capture those jettisoned toys?  Were the rusting boats a mirror of the gloom in my mind?  As the weeks went by, and hope returned, did I not begin to snap more cheerful subjects?

I ought to check that hypothesis, if only by scanning my phone. For if it proves correct, then perhaps the more accurate answer to Jane's question would be that photographing the chains reflected my pleasure in returning to both the place and normality; a confirmation that the axiom 'this too will pass' still holds true.

Isn't it also true that our sense of the locations we love is founded as much on the details as any wider view? The memories from our childhoods are infused with specifics as are all significant times and places in our lives.  I may not be typical, but my recall of those particulars are often more reliable than that of the events and vistas.

As if to prove the point, Jane and I were later talking of ways we might hang some sliding doors on the office I'm building.  What about the ones we saw in France, she suggested, on that converted barn with the window shutters... For a moment, I must have looked blank.  They were very beautiful she continued, with old iron rails and the original door latches still intact ...

And suddenly, as the details came to mind, I knew exactly where we'd seen them. She was right as well; they'd be just the thing. What's more, I'm sure I've a photo of them somewhere... 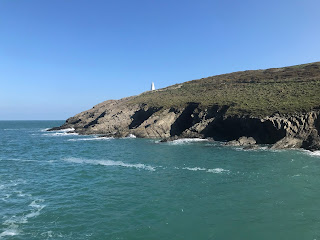 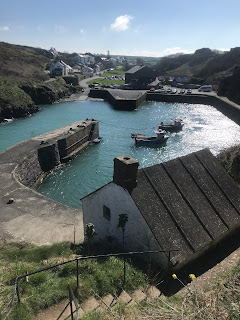 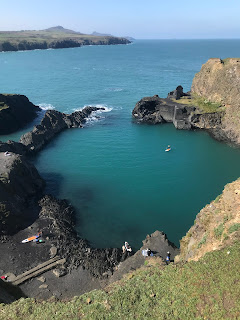