On cakes and donkeys and philanthropic giving 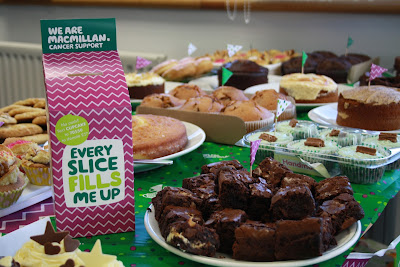 I’m forever curious at how we make connections; how a chance happening can seem so pertinent to an article we read this morning; or vice versa, how the ideas we consider today, appear to shape the otherwise random events of tomorrow.  Only yesterday, for example, I was reading how some writers favour long opening sentences, using repetition for effect!

Earlier this week, when browsing the Christmas Radio Times I was struck by the number of adverts from charities persuading us to assuage our festive excess. Between articles on this year’s blockbusters and the perfect party nibble, we’re invited to support refugees, sponsor a pony or leave a lasting legacy to save abandoned pets. The plethora of causes that would appear to move us never ceases to amaze me, as does the thought that so many of these organisations have the cash to advertise in the first place.

Hold that thought a moment, we’ll return to it later.

Meanwhile, I was listening to a podcast by Malcolm Gladwell, part of his brilliant Revisionist History series, examining ‘things forgotten or misunderstood'. Podcasts are one of my discoveries of the year, and I’ve become mildly obsessed by Gladwell’s slantwise insight and courageous moral compass. The episode concerned philanthropic donations to academic institutions, and in particular, why rich benefactors in the U.S. might donate to, say, Stanford University, which already has an endowment of over $200 billion.

Gladwell’s contention is that the leading universities have an excess of funds, and that greater good would be done by donating to more needy, if less glamorous, institutions. His argument is rich with examples and, as always, driven by a compelling, evidence based, logic. Towards the end of the podcast, he interviews John Hennessy, the then Principe of Stanford, who'd volunteered to try and change his mind.

It’s hard not to agree with Gladwell. His view resonates with my  passionate belief in the unfairness of private and privileged education. As I worked out on the cross trainer - yes I listen to podcasts in the gym - I was as good as cheering him on. There’s an almost comical moment when Gladwell asks Hennessy if Stanford might ever have so much money that he’d consider directing a benefactor elsewhere. Hennessy can’t bring himself to answer directly, and ends up sounding foolish in his evasion.

And yet I wondered if Gladwell was being entirely fair. I’ve spent the best part of twelve years representing the company I work for to its investors. If someone came to me looking to put their money into bio-tech, then in all conscience I’d have to say it's not for us; but if they’ve so much as a vague interest in distribution, my role is to present our case and secure their support. That’s the way competition works - it’s not my job to argue for others, no matter how strong their investment proposition.

Gladwell’s view is that we should expect better of our educators - and I think he has a point. There’s a difference between the goals of business and those of universities: when the prestige of an academic institution comes before its ultimate purpose then something is awry. Gladwell suggest it’s a loss to us all if a handful of wealthy institutions are pursuing ever more marginal projects, while elsewhere, vital research is closing down for lack of cash. And he goes further, suggesting that our collective knowledge is most likely to flourish if we give greater weight to the mass of talent, rather than an elite few.

But while I think Gladwell is right in principle, he’s also idealistic, and I worry his solution might be counter productive in practice.

Let’s return to those adverts in the Radio Times.

There’s a part of me that struggles to fathom the mindset of someone who’d leave a legacy to abandoned pets, when according to UNICEF, more than 3 million children die from malnutrition each year. Or for that matter, what motivates a donation to Eton public school (also a charity by the way) when there’s self-evidently greater need in areas of economic deprivation. Or… I could go on, but you get the point, and in any event, what’s the alternative?

There are over 160,000 charities officially registered in England and Wales with the true number estimated to be nearer half a million. Ought we to grade every good cause by some sort of utility index and cajole people into donating accordingly? Many leading charities are effectively a proxy means of funding what should arguably be core public services (the RNLI for example) - and yet would we really be better off taking them into government control so donations could go elsewhere?

It strikes me that the volunteers who organise a weekly cake sale for our village hall are unlikely to do the same even for a neighbouring community. If I support the mountain rescue because of my love of the outdoors and you are concerned with liver cancer because a friend died recently, isn’t that as good a way to direct our efforts as any? In similar vein, if Stanford University were not to secure the high profile donations it does, who's to say the money would go to institutions elsewhere?

Inefficient though it is, perhaps the best way to raise funds for good causes is to accept that different plights move different people, and from that cornucopia of interests and motivations - from church roofs to great crested newts, Cancer Research to Greenpeace,  donkeys to refugees - we tap into an ultimately greater well of effort and enthusiasms than we ever would otherwise.

That’s another long sentence, using repetition for effect - I could probably change it for one that’s technically better, but you know, I rather like it.  Sometimes we’re best to go with the flow.