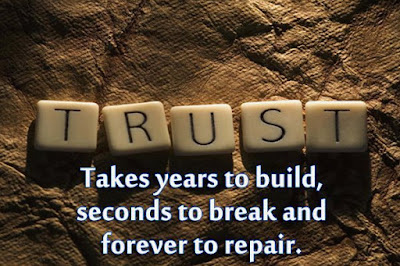 This morning's Sunday Times carries an article reporting that more than half of voters think British politics is broken. Evidently, only one in seven of us believes that Labour or Conservative represent the views of the public, and 44% say that the response of MPs to Brexit has damaged their faith in politicians.

Seldom have I empathised more.

At the height of the referendum, Richard Dawkins argued that the vote was ill-conceived, citing the inability of all but a few technocrats to fathom the consequences of staying in or out of the EU.  On that narrow point, he was probably correct, but his objection misses the rationale of democracy - which is not to arrive at the best answer, but rather, to measure the public sentiment. We each have one vote not because we are equally clever, but because we all have a right to voice our feelings.

Conversely, and at much the same stage in the referendum process,  Michael Gove famously stated that 'people have had enough of experts'.  The statement is logical enough, except that he and every other prominent Brexiteer has subsequently quoted any expert they could find who supports their case. The inconsistency is as staggering as it is brazen.

Watching the Brexit debacle unfold has been simultaneously toe-curling and depressing, not so much for the direction of travel (distressing though that is) as for the quality of the debate.  It's not the intransigence, the lack of listening or even the on-line shouting that annoys me. What I find so disillusioning, is that, after two years of wrangling, in the face of one of the most significant economic and social decision we will make, our politicians still can't bring themselves to speak the truth about their personal views.

And it seems to me that this absence of candour, more than any difference of opinion, is what lies at the root of our collective mistrust.

Take for example Teresa May's shambolic performance on a recent radio talk-in, when asked if she genuinely believed the UK would be better off under her proposed deal than by remaining in the EU? Her stuttering equivocation was palpable, undermining everything else she said, and rightly it made headlines as a result.

'It's a matter of record that I voted to Remain.  But the referendum result was clear that we should leave, and my duty as Prime Minister is therefore to negotiate the best deal possible for the UK. We can debate whether the proposals achieve this or not, but my view on the benefits of remaining in the EU is no longer relevant.'

Even that answer falls short of what I suspect is the unvarnished truth - for which we would need to change the second sentence to  'I still hold the view that we are better to remain, however, the referendum result was clear...'

But if Teresa May is equivocal, the hard-line Brexiteers take disingenuity to a new level.

They consistently refuse to answer the conceptual question of whether they would still support our leaving if there were an unambiguous cost to our prosperity?  Instead, they evade the point, replying that they don't believe this will happen, or worse, claiming the question is merely hypothetical!

Someone should tell them that all debate is hypothetical. Every manifesto is hypothetical; every policy proposal is hypothetical, as is every strategy and every claim about future outcomes.  Logically, hypotheticals take the form of 'If P then Q' - note the word 'if' at the start of that statement - politics is all about 'ifs'.

So let me pose what I believe to be the acid-tests of honesty for hard-liners on both sides.

To Brexiteers: "If  it were conclusively shown, to your full satisfaction, that Brexit would harm the UK's long term prosperity - then would you still support leaving the EU?'

And for Remainers: 'If  it were conclusively shown, to your full satisfaction, that Remaining would harm the UK's long term prosperity - then would you still support staying in the EU?'

A simple 'from the heart' answer to these questions would tell us more than all the experts could; more than any debate on the pros and cons of Canada plus or Norway squared - for it would transcend any technical analysis and get to the nub of their motivation.  We'd know more of who our representatives are and where they intellectually come from - which, in a void of facts, is a vital foundation of trust. That our system makes politicians so wary of answering these types of questions, is what lies behind our disillusion and scepticism.

But if they won't take that leap, we can at least ask these questions of ourselves - and by doing so, speak truth to power; maybe even set an example.

Here goes from me:

I'm a staunch Remainer; I support the European idea and believe our prosperity will suffer outside of the EU - furthermore I warm to the concept of a pan European democracy and don't share the desire for national determination that seems to be at the heart of much Brexiteer disdain for the EU.  Even if  I were convinced that we would be marginally better off by leaving, then I would still wish to remain - for I believe the European ideals of collective democracy, freedom and security are something worth paying for.

That said, I am not blind to alternative outcomes.  If there was categorical evidence that we would be materially more prosperous outside of the EU (let's say with a 5% greater £GDP), then, of course, I'd support our leaving, albeit with a view to maintaining close ties wherever possible. My position is therefore one of principled pragmatism: I would have liked us to stay, even at some cost - but don't hold that view at any price.

There, that wasn't so hard, was it.

Any politicians want to follow me?
Posted by The bike shed at 5:03 PM