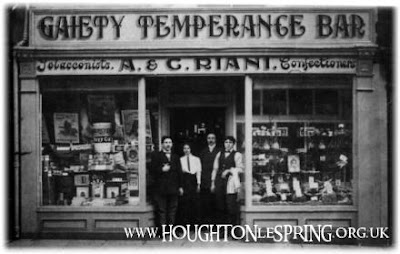 Yesterday I wrote in celebration of being alcohol-free for twelve months.

Today, more soberly, I'm going to share some of the challenges in doing so, at least as I experienced them. This can't be definitive, for everyone will take a different path - but I hope it's a thoughtful reflection that will resonate with others, whether they've 'taken the pledge' themselves, or are supporting someone who's giving it a go.

For me, there were four key challenges - roughly speaking they were experienced sequentially, but not entirely so, and one year on, all of them remain prescient in some form or other.

Sun's over the yardarm...

The first challenge is simply to overcome the habit of drinking.

Anyone committing to a 'dry January' or 'sober October' will know what I mean. You don't have to be an alcoholic to know that lip-puckering feeling as the evening draws in and you settle down for a TV drama, or return from a stressful day at the office and head straight to the fridge.

It took me a good few weeks to lessen the habitual pangs, and even now the urge to have a drink can be triggered by association.  It's often linked to time and place, so finding alternatives activities at peak times (I often went swimming) and avoiding obvious temptations like a big night out at the pub, will help to get you through.

For me, the 'yardarm' urges came in waves - and especially so in the first three months.  At around about 100 days, there was a significant easing, and the other challenges were more likely to derail progress.

I'd suggest that nowadays, for almost anyone who gave up smoking, very few of their friends would tempt them to ' have a puff...'  There's a universal acceptance that smoking's a habit worth kicking - if you succeed, then expect congratulations to flow and your advice to be sought by others.

Not so with alcohol.

One of the most sustained challenges all abstainers will face is the tacit resistance it engenders. By the far the majority of those around me - be they friends, colleagues or even family - would rather I'd had the odd glass, joined in the fun, just drank at the weekend...  almost anything but giving up for good.

Unlike with not smoking, it seems our not drinking, mildly threatens the fact that they do. Those questioning might not see it that way  - indeed some may genuinely worry you'll miss out, or perhaps fear the loss of friendship based on shared experience - but deep down I think it's true.

I realise that I too have been guilty of similar behaviour - one of my closest colleagues is vegetarian and it recently struck me that for years I'd badgered him to defend the logic of his decision. Why did I feel the need to do that I wonder?

I've read of people who try to deflect the constant questioning by falsely declaring they've signed up to a charity 'stay dry' challenge. I can understand why they might do so, but it all feels a bit temporary - for the day they say otherwise, I'd bet all the Bacardi in Barbados that the questioning and suggestions would start again.

Eventually, close friends are likely to give you some slack; but the collective impact of what amounts to a widespread reluctance, verging on resistance, is real and substantial. I liken it to a gravitational pull - never beyond my strength, but always, inescapably, tugging away.

Those you care about most...

In counter-point to the resistance of others, is the need to maintain the relationships with those closest to you.  With so much of our leisure centred on - or at least associated with - alcohol, it's naive to think there's no impact or effort to be made.

The single biggest thing I miss as a non-drinker is not the nights out, the rush of spirits in my bloodstream, or even the taste of Chablis with oysters... it's sitting down with Jane and sharing a bottle of plonk with a plate of nibbles and an episode of Poirot on the television.  In fact, of all the challenges, this is the one that almost broke me - for these little impromptus are central to the pattern of our lives and relationships.

Similarly, my best and oldest friend used to love opening a few beers when I came round on a Sunday night. While I wouldn't describe it as the highlight of his week, the truth is, my sipping tea doesn't quite make for the same atmosphere. I get that, and it's taken time - and real friendship - to come through.

Luckily, the people who pressured me the least turned out to be those I hold most dear. But I still invested time in talking to them, acknowledging the downsides and lamenting the loss of some shared experiences - while explaining that overall I was so much happier and healthier as a non-drinker. And you know what... once you put it that way, almost everybody smiles.

I read somewhere, that in making a lifestyle change, twelve months is a seminal milestone.  Maintain a diet for that long and you're more likely to keep the weight off - the same principle applies to the habit of regular exercise or taking up a hobby.

So if you go a year without booze, it's no coincidence that one of the first the questions you'll be asked (and indeed, you may ask it of yourself) is, what next?

The view I hear most - largely from those who say 'couldn't you just..' - is that I should start drinking again, taking confidence that I could moderate my intake in future.  It's a sort of 'hard reset' hypothesis - by abstaining for so long, staying within recommended guidelines would be a breeze.

The diametric position, as expressed by a friend who's also stopped drinking this year, is to query why on earth you'd go back?  If you're demonstrably happier, healthier and wealthier, then why restart behaviours that threaten all you've worked so hard to achieve?

It's not a simple choice.

I'm not so 'born again' that I can't see there are many joys in drinking moderately - nor do I fear a gradual slippage back to some imaginary nadir. On the other hand, I feel better than I have for years, and (perhaps perversely for someone who never suffered too badly from hangovers) have come to dread the thought of ever again waking up with a thumping head and dry mouth.

So at least for now, I'm staying off the booze.

In many ways that decision is driven by the simplicity of what's required - total abstinence is a 'bright line' that's easy to see and you just don't cross it!

Anything else - moderating to limits; high days and holidays; only drinking in France - even if I were confident of success, would require a level of self-discipline that's grinding to maintain.

But in truth, there's more to it than that - and it's something to do with 'who' I've become.

After a year without booze, I've started to think of myself not as someone who's 'giving up', but as someone who simply doesn't drink!  Being a non-drinker has become part of my identity, and the fact is, I like that more than the one I had before.

I know that's a touch didactic - and maybe at some point, I'll be up for a fuzzier path.

But for now, I've had enough of challenges.
Posted by The bike shed at 11:07 AM