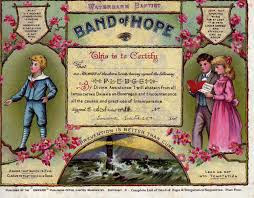 One year ago yesterday I raised some eyebrows when writing on this blog that I was giving up the booze until Christmas.  Even then, I knew I wanted to go further, but was concerned at becoming a hostage to fortune. By the time January came along, I tentatively told friends and family that I was aiming for a full twelve months...

The reticence to declare is indicative of the pressures and challenges of going alcohol-free. I've more to say on that subject shortly, but today it's time for an impromptu celebration - not least because I'd miscalculated and thought I'd given up the booze a week later than I did!

Some people I know might ask, apart from the milestone, what's to celebrate? Isn't a day without wine, like a day without sunshine?  Surely my year's been unremittingly grey; the joie de vivre dulled by the absence of aqua vita and all that comes with it?

To suggest there is no issue here would be disingenuous - of course, there are downsides; the ubiquity of alcohol in our culture is not because it's all bad.

But for every high, there's a corresponding low, and it's the sum total (together with its trajectory) which matters most.  Perhaps that, above all, is what I've confirmed this year - by giving up one big thing in favour of many apparently smaller gains, life can be better, rather than diminished.

Accepting it's not all been a breeze, here are some of the things I'm smiling at this morning:

That's not even a complete list, but you'll get the point.

Ironically for a wordsmith, something I've struggled with most, is how best to describe what I was setting out to do - or perhaps more accurately, what I'd become.  Describing myself as teetotal seemed over the top, and yet going through the 'one year no beer' spiel wasn't accurate any more either.  Jane, who's a master at these things, suggested that my habit of announcing  'I don't drink alcohol,' sounded like I was preaching, and more troubled by booze than I am.

In truth, I was never an alcoholic -  just an average middle-class bloke, in typical denial over how much and how regularly I drank.  Nor have I become a zealot; I don't look down on those who enjoy a few beers - the last thing I want is to get into a discussion on the rights and wrongs of my decision.

And so, last night, when offered some wine at a neighbour's party I simply said, thanks, but I don't drink...    And you know what?

Nobody batted an eye.
Posted by The bike shed at 11:00 AM