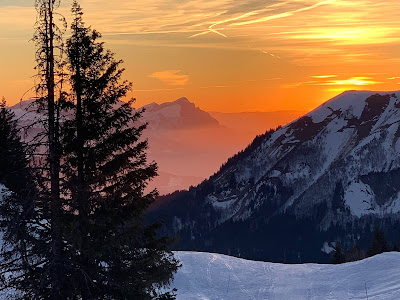 The questions I’m most often asked about visiting a mountain refuge are entirely predictable. Firstly, there are those who enquire about facilities: can you book a private room; are there flush toilets; do they sell alcohol?  And then there are those who want to know the route, the date and whether they might come along too. Other than an occasional query about the food (usually from veggies) the two enquiries seldom overlap.

I suspect the schism, between caution and enthusiasm, has always been this way.

Last week, along with family and friends, I climbed to the refuge de Bostan, above Samoens in the Haute Savoie.  It’s on the GR5 trail so is popular with trekkers in the summer, but also one of the few refuges in the region to open in winter. A visit is often combined with an ascent of the Tete de Bostan; however, on this occasion our ambitions were more focused on camaraderie than challenge. 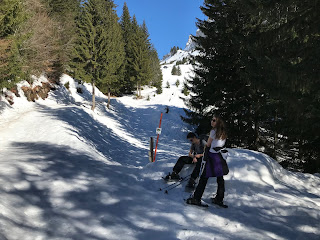 The most popular route starts in the hamlet of Allemands, from an improbable car park at the upper limit of the snow clearance. It takes a well-marked trail through the Foret de Bostan, before emerging onto open slopes and passing two isolated chalets, from which the way ahead is equally obvious.

Frankly, there’s not a great deal more to say on the route finding; we climbed under cobalt skies but it would be hard to get lost here in all except a white out. The gradient is steady; snowshoes help but are not strictly necessary, the skiers found it easy; all in all, it’s about as stress free as it gets in winter.

But don’t for one moment equate difficulty with interest. To the north, the gentler slopes of the Pass de Golese steepen to the Bostan ridge; opposite, the north face of the Dent’ d’Oddaz casts a gelid shadow on the tightening valley. As we walked the final meters to the refuge an eagle soared above us, momentarily spooking the choughs that were foraging for scraps.

The refuge itself is aesthetically unremarkable, though all things here are relative; at 6,000 feet in a sublime alpine landscape I marvel at who built it; the sheer efforts they must have gone to. There’s a large deck on which we order some refreshments, drinking in the view and waiting the arrival of our second party, who’ve taken a route from the Valley de la Manche to the north. 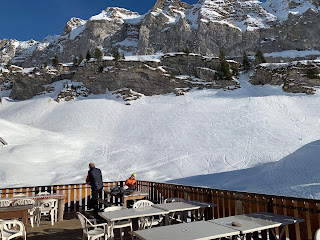 They arrive smiling, and fourteen of us spend the next two hours chatting, marvelling and air-dropping photos.  We sit and watch the snow redden as the sun dips to the west, the lengthening shadows giving form to icy couloirs, Taking their leave in a tangerine sky, the last of the coughs bicker and wheel on their way to the forest below. 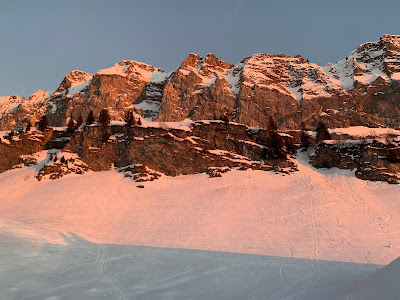 Inside, the refuge has refectory tables, a small bar and a few sofas.  There’s a wood burner, a sink with limited water and few Buddhist prayer flags by way of decoration. It’s Spartan and yet homely enough. Upstairs the dormitories have rows of mattresses, clean duvets and pale lighting to guide in the passages. I opt for a bottom bunk, reckoning it's easier if I need to make the 2.00am hike to the outside loo. 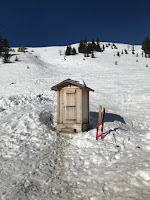 I guess I could tell you more about the meal we had (veggies catered for), the composting toilets or the breakfast next morning – I might even clarify that it costs 45 euros for demi-pension (less for children).  But would any of that be reason to go, or for that matter to give it a miss?

For what’s important – and what will surely stay with us all – is that we laughed and drank and (some of us) snored through the night in an elemental place that’s worth infinitely more than any supposed discomfort.  And I’d defy anyone who’d made the effort not to feel something of the same.

As we walked out the next morning, snowshoes crunching on the frost, I recalled my first night in a refuge. It was forty years ago at the Dresdner Hutte in the Austrian Stubai; the only information we had was three lines in a mountaineering guidebook. It’s still there and yes, you can book a room, there are flush toilets and alcohol is served. The views at 7,500ft are magical, and it's a good base for climbing the Osstlicher Daunkogel too - but if you were more attentive to the facilities than the location, I’d suggest you keep to the valley. 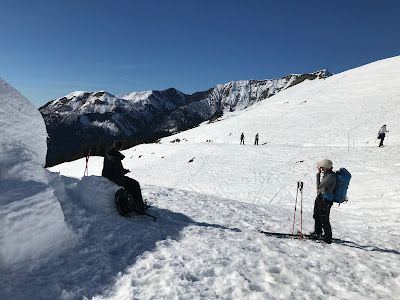 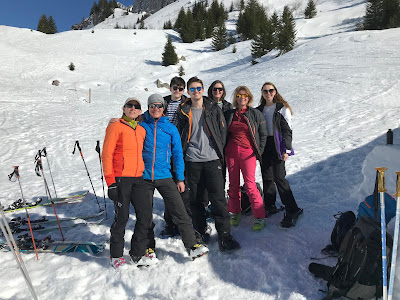