Law - and its limits 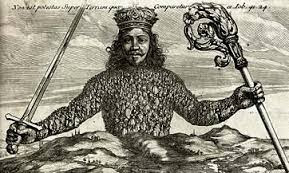 Two of the first philosophy books I studied at university were Thomas Hobbes's Leviathan, and John Stuart Mill's On Liberty. They offer contrasting views on the role of law in society; a debate that's relevant today whether you read dusty old books or not.

Leviathan was published in 1651 and needs to be seen in the context of the civil unrest at that time. Its central idea is that society is a social contract between men to submit to laws, rather than live in anarchy. Without government, there is continual fear and danger of violent death, and the life of man be solitary, poor, nasty, brutish and short.

Hobbes favours a strong monarchy and gives barely a passing mention to the notion of democracy. Clearly, this is out of date, but what's still relevant about Leviathan is the concept that the role of law is to protect us from a worse fate - and that we require strong powers to do so. Hobbes says little on the limits of the law or the concept of personal freedom.

In contrast, John Stuart Mill's On Liberty (published in 1859, and after the impact of the French Revolution), starts with the innate rights of man. Mill says that the only legitimate purpose for which power (laws) can be exercised is to prevent harm to others. On Liberty, sets out the basic liberal principle which remains influential - that we should all be free to do as we please, so far as we don't impact the freedom of others.

This tension between the limits of the State (even if protective of its citizens) and the desire for personal freedom, is still very much alive. The furore over Wikileaks is a modern manifestation, so to is the debate over freedom of the press, laws to fight terrorism...  Less obvious, but essentially a similar debate, is the role and limit that should apply to taxation, welfare provision, social obligations and behaviour.

So for some (Mill), freedom is about an absence of restraint; for others (Hobbes, and ironically many Socialists too) it is about securing the conditions that allow us to meet our aspirations. In practice, we compromise and pragmatically sway between one view and the other. But the side of the divide you're intuitively on has massive implications for the law and its role in our society.

I'll close this post with mention of another book from university: Hedley Bull's, The Anarchical Society (1977). Somewhat out of date already, it nonetheless poses the question of how we best regulate the world of independent Nation States. Oh God, it's getting even more complex...

Another time perhaps.
Posted by The bike shed at 10:23 AM