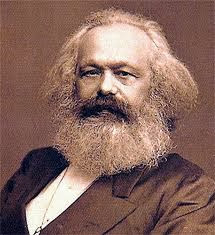 The pension fund of which I'm trustee has a number of members over 100 years of age. That's a sign of progress in itself, but even more astonishing is to think of the events those people have lived through - the Great War, Fascism, the Depression, Communism, the Cold War, Welfare State, European Union, Middle Eastern crises (many and varied), the re-emergence of China...

Every century has its seminal events, but there's never been a more turbulent one in terms of political and economic ideas. Europe might feel settled, (though we often overlook the uncomfortably recent conflicts in Bosnia and Eastern Europe) but on a world stage, we still have violent clashes of cultures and aspirations - the Middle East and North Africa being obvious examples.

But if political conflict remains, capitalism has been the clear winner in the struggle for economic ideas. There isn't a single major economy which isn't essentially capitalist - including China - and it's hard to think of emerging ones which aren't.  There are a few rogue states such as North Korea and Transnistria (look it up), and a few outliers such as Bhutan - but essentially we live in a capitalist world.

Of course, there are still debates about the shape of capitalism - largely around the level of social equality and extent of welfare provision - but very few are seriously postulating an alternative model. Frankly, the days of Socialism in its purest sense are dead - we've moved to other debates. Arguably, the biggest contemporary challenge to Capitalism comes from the 'Green Movement' and its concern over the sustainability of economic expansion.

I'm not commenting here on whether this is right - just observing that the capitalist model is for now so common currency as to be seldom questioned. If that sounds obvious, contrast it to the Thirties and the days of the Popular Front, or the 1968 protests in Paris.

Perhaps the operative words in that last paragraph are 'for now'. The epithet is also used in Ian Morris's brilliant book Why the West Rules - for now which suggest there will be other models and cultural norms in time. More pessimistic, but equally brilliant, is Straw Dogs from the philosopher John Gray, who challenges not so much capitalism, but the hubris of humanism - we're all doomed!

But returning to the century view I began with - we should view the progress of Capitalism in relation to other societal pillars I've discussed in recent posts. Capitalism has succeeded because it's developed in tandem with democracy, meritocracy and rule of law - arguably, these parallel institutions have saved it from its own excesses.

Will Capitalism be so dominant in another 100 years?  Who knows, but it's interesting that the investments we are making for the pension funds of the future have almost (not quite, to be strictly accurate) that horizon in mind.
Posted by The bike shed at 10:54 AM