Democracy - as we know it 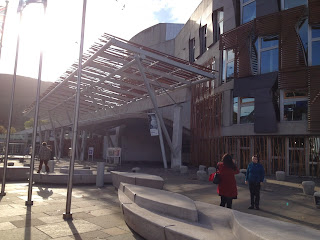 In yesterday's post I suggested that although meritocracy was ingrained in our sense of fairness, it wasn't a concept that people gave much thought to - some weren't even aware of what it meant. The same can't be said for democracy, which is universally understood and is regularly used in our daily decision making as much as it is to elect governments.

We all know what democracy is - the idea that everyone has an equal say regardless of their sex, race, religion - and that the majority view should prevail. It originated in Athens and is arguably the greatest political concept of all time. But it would be a mistake to think too much of past influence - democracy as we know it, is a relatively modern concept.  The UK, for example, only allowed all women to vote as late as 1928!

In Britain, we tend to think of democracy in terms of the Westminster System - we like simple majorities and mistrust complex formulas which suggest weak and unstable government!  Neither do we like American presidential style politics - all a bit brash, and unfathomable. (In truth, very few of us could accurately describe the German or US systems - despite these being the two most successful world economies). No process is perfect we say - if we give it any thought at all - accepting a compromise between our principles and the need to get on with life.

Talking of daily life - we've also adopted democracy as a commonplace way of making decisions. Think of the times it's used at work, in the club house, or in the family, as way of settling disagreements - would that have happened a hundred years ago?  We take this for granted, but there are still huge parts of the World where it wouldn't be.

That said, democracy has been on the rise since the fall of the Soviet Bloc - it's become a byword for freedom and is now universally adopted by the 'Western World'. Democratic institutions are a non-negotiable criteria for entry into the European Union - though significantly, not for the United Nations. Arguably that's correct, because the supremacy of democracy is not without its challenges, and again we compromise for the greater good.

In truth, we compromise extensively at home too. The House of Lords remains absurdly anti-democratic; the Monarchy (sorry, I really do have nothing against them personally) is inherently so; it could be argued our party political system is a means of limiting true democracy - it is rare that a UK Government achieves more than 50% of the vote.

I've heard it said that a benign dictatorship would be the best form of government - what isn't mentioned is that the dictator would need to be a genius. The view also denies something more fundamental - that all citizens should take an interest in their society and its freedoms. Devolution is a topical case in point.

We all know that democracy can be slow and inefficient - and that many contemporary issues (the economy for example) are well beyond the understanding of those of us who vote. The philosopher AC Grayling has argued this is actually a benefit in that it limits repression and bad law too.

Personally, I prefer Karl Popper's assessment - that democracy is the worst possible way to govern a country - bar all the rest!
Posted by The bike shed at 12:21 PM