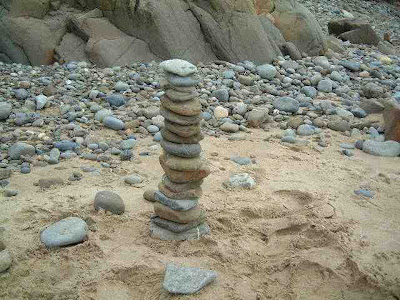 The other week, strolling on the beach, I was commenting on the number of dog walkers, when Jane mentioned an item she'd heard on Radio Four. An expert had said that Labradors were now five times more popular than any other breed?

Nonsense, I replied, I don't believe it.

And with the tide rolling in, I began to rant...  how many Labradors do you see compared to other dogs? No way are there five times more... typical untested journalism... I bet if I look it up at home...

Jane squeezed my arm, snuggling close. You’re such a troubled soul, she laughed. Why can't you just accept some things at face value?  Does it really matter if it's five or four times - or none at all, for all I care. It was only an item on the radio?

In an important sense, she’s right.

Of course, it doesn’t matter – after all, it was only an item on the radio.  And I know I ought to fight my inner sceptic with a little more vigour – stop questioning the data, cease looking for logical flaws; frankly, to let things go.  If nothing else, I’d receive fewer kicks under the table when friends come round.

But in another, equally important, sense, she’s perhaps missing the point.

At times, I worry we’re so accepting of unproven assertions that we’re losing the ability to reason from common sense.  Journalism is not what it once was – not that it was ever much – and in today’s climate the newspapers contain little more than press releases and wire copy. Only a tiny percentage of what is put out as ‘fact’ is properly verified. The broadcast media is little better; the Internet an encyclopedia of potential misinformation.

It took me two minutes on Google to confirm (from three different sources) that the ‘five times’ quote was inaccurate – either Jane misheard or the ‘expert’ on Labradors was wildly exaggerating. Of course, it wasn’t entirely wrong: it’s correct that Labradors are the most popular of the pedigree breeds in the UK and USA. But even if we ignore the cross breeds (which seems to me, a massively unwarranted omission), the maximum multiple would be two or three times.

Acceptance of unproven assertions is amplified by our tendency to defer to ‘authority’ figures. It’s significant that the guy on the radio was a so-called ‘expert’ – and while a misleading statistic on domestic dogs is hardly likely to have repercussions – when it comes to politics, or economics, or medical science, why do we think the assertions are any more accurate?

Even as I write that last line I can sense some people huffing defensively – come on Mark, there’s more accuracy and verification on important political matters; the facts are clearer in these instances; and the media might be bad at some things, but surely it has standards for basic facts that we can trust?  The answers I’m afraid are: no, no and no again.

As an antidote to the blatant nonsense, we are fed by the media, I’d recommend three books.  Jamie Whyte’s Bad Thoughts:a guide for clear thinking is a witty and cutting deconstruction of the inadequate logic and unproven assertions that surround us.  Nick Davies’ Flat Earth News is a damning exposé of the standards in press and media. And Ben Goldacre’s Bad Science, is worth reading if only for the chapter on Dr Gillian McKeith (or, quoting Goldacre, to use her full medical title: Gillian McKeith).

None of these are difficult books – they're not particularly philosophic or technical – in essence, they are applied common sense.  Read any one and I’ll bet your inner sceptic is awakened; read all three and you might become as cynical as me.

But in truth it shouldn’t take books to convince us something is wrong – my most potent bullshit sensor is simply to ask; does that assertion match my experience? Hardly an infallible approach, but after fifty two years on this earth, it's not a bad starting point either.

That said, the other day I mentioned to Jane I’d heard a commentator on the radio claiming one in three of the UK population now has a tattoo.

Nonsense, she replied, I don’t believe it…