Writing our own success. 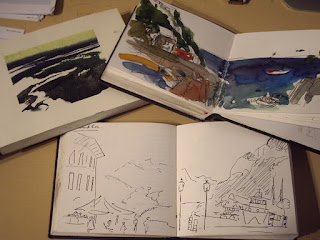 
This post was inspired by the success of my friend and fellow blogger, who was recently shortlisted for the Times / Chicken House children's fiction competition. Last week, an exert from her novel, The Tarney Scalp, was published in the Times online. The eventual winner will receive a worldwide publishing contract, a substantial advance on royalties and representation by a literary agent.

That sort of prize is an aspiring writers dream. And with over 2000 entries, reaching the final stages of the competition is an achievement in itself. If there's any justice the shortlisted candidates will also be picked up by agents and publishers. I'm keeping my fingers crossed for her because a win on that scale needs a little luck as well as talent.

But talking to her about the competition got me thinking about the dangers of writers defining success too narrowly. I don't know if one in two thousand is the usual ratio of novels making the grade, but I'd bet it's not far off. Okay, so a lot of those will be trash, but anyone who mixes with committed writers will be aware of the angst, and at times despair, of those seeking a publisher.

Economists would say it's a question of supply and demand. They might concede an inefficiency in the way the market identifies talent, but I doubt they'd offer an alternative. For economic analysis is bound by the constraints of the publishing model - take away the traditional values and what basis do they have for measuring success?  Maybe that's why predictions about the growth of the Internet and e-books have been so amiss.

I'm not suggesting we lay any blame at publisher's doors - writers often gripe at the process, but it's not them stumping up the money for production and promotion. Rather, I'd advocate we should be more open minded about what constitutes success. If it's ultimately about reaching readers, then there are lots of other ways to achieve that - and you'll not be surprised that blogs are high on my list.

If you're reading this and thinking 'yeah yeah, but real books are better,' then I'd agree for some formats that's correct (novels especially) - but if you consider most poetry books do well to sell a few hundred copies, you might see my point differently. I know blogs which have that readership daily. I know too of blogs writers who have gone on to write for websites, magazines, newspapers and ultimately, yes books.

Print on demand and e-books have also made self-publishing a cheaper option - and less of a 'vanity' than was considered a few years ago. It is significant to me that when I was a painter I never met an artist who looked down on someone who organised their own show - and yet with writers, it seems that anything less than a fully funded contract from Harper Collins (or Chicken House) can be sneered at. This exaggerates of course, but writers have not always helped their own cause here.

I'm also a great fan of home books. My father in law has written (by hand) a ten year diary of his visits to Pembrokeshire, complete with sketches, cartoons, funny anecdotes, lists of oddities, quizzes... We love it, and it will no doubt be a family heirloom for generations. I have printed my blog for much the same reason, and it's surprising how many guests will pick it up and say they wish they'd written or collated an equivalent.

Pondering all this reminded me of the time I was involved with Welsh Canoe Association. The Sports Council, when administering its annual grants, would always ask for evidence of success - and I would point to the thousands of people participating in the sport. That's not what we mean they would say - we need to see Olympic and Commonwealth medals. When, one year, I asked 'why' they wanted these medals, they became a little flummoxed - until eventually one of the panel said 'because it encourages people to participate...'  Aware of the circularity of this argument he tailed off under the glare of his Chairman.

To be fair Sports Council gave us the grant we'd asked for - but I like to think that I helped them see success a little differently. For if we define it only terms of the 'elite' - whether that be in sport or in writing - then frankly, most of us, are setting ourselves up to fail.
Posted by The bike shed at 10:43 PM