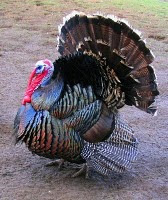 Thanks Giving doesn't register much in the UK. It is something the Yanks do; one of the few of their customs that hasn't travelled across the Atlantic, grumbled a colleague this week. Unlike, Trick or Treating or Grandparents Day or McDonalds, he went on, Won't be long, before we're the fifty first state...

His rant began after I mentioned going to an early Thanks Giving dinner on Sunday. We'd had Turkey and all the trimmings, I told him - stuffing, gravy, beans, carrots and sweet potato with marshmallows!  Dylan thought this latter was wonderful; I was more, just a little, thank you.

It's so typical of 'them', complained my colleague, to spoil a British classic like that.

I didn't pursue the conversation. For when you think about it, his opinion doesn't stand scrutiny. Roast dinner might have originated in Europe, but turkeys certainly came from the States and were only popularised here in the 1940s. And whilst I wasn't keen on the marshmallow combo, the pumpkin pie which followed was excellent and just as appropriate as any British dessert.

And it's typical of a wider British bias towards the US. To listen to many people you'd think there was no decent culture, architecture, or cuisine in the States. They might grudgingly acknowledge the Grand Canyon looks interesting, but then, we have Cheddar Gorge. And of course, in the US you get shot at, hospitals costs a fortune and (as if it mattered) only seven percent have passports.

I'm not a devotee of all things American, but its clear that most of these stereotypes are nonsense. The US has been home to the best art this century (think of films, abstract expressionism, Broadway, the Guggenheim, Jazz, the Manhattan skyline...) It also has the world's best universities, the foremost technology, the most advanced (and some of the worst) of health care. There are more guns in European countries (especially in Eastern Europe), and most of us never leave our own continent, passport or not.

The writer, Tim Garton Ash, posed the question, Is Channel wider than the Atlantic? He claimed that to be in Calais feels more foreign than Boston. On the other hand we have a shared European history (except that ever since Communism we have regarded Eastern Europe as semi-detached) and participate in institutions such as the EU that bind us to the Continent. His conclusion was that we are in a special position of having close links with the two, and that we should make more of that opportunity.

In practice, people like my colleague rant at both sides of this divide. His attitude reflects a small island mentality, seeing us as not quite European and yet resentful of American prosperity and influence. For myself, I like much of our peculiarly British culture, but I wish we were more open to Europe and I especially recognise there is good that comes from America too. It's a bit like dinner last Sunday; a little more turkey please, but I'll pass on the marshmallows.
Posted by The bike shed at 1:35 PM