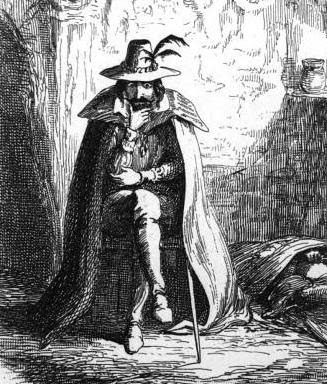 As the fireworks went off this evening, Dylan asked me, what's the real story of the fireworks plot? I tried to explain as simply as I could; that's stupid, he replied, why didn't he just use a big bomb.  If only, I thought.

Last week, on my writing course last week I spent a lot of time thinking about plot. Not that I was planning to blow up parliament you understand; the issue in question was how writers use plot to embellish stories.

According to our tutor, the 'structure' was the fence posts, the 'story' was the washing line and 'plot' was what you hung on it. Actually, she didn't quite say that because she got in a bit of a muddle with her metaphors, but I got the idea. So 'Jack sat on the mat' is considered to be 'story', and a follow up like  'the stolen coins heavy in his pocket' is regarded as plot. A bit tenuous in my book but I went with the flow.

We played a game of consequences that started with something like, Once upon a time the geese arrived... and finished with predetermined ending such as a star appeared in the pale evening light. Getting between the two involved violence, intrigue, lust, the occasional dragon and a stalker with binoculars. Everyone seemed to enjoy the exercise and I suppose it was funny in its way.

The books I most enjoy seem to have very little that actually happens. Take Jean Rhys as an example - her semi-autobiographical novels might be summed up as 'alcoholic seeking love finds only despair.'  There really isn't much more to them than that; certainly no thriller like mystery or murder to solve. And yet they are fabulous.

And what about Carson McCullers', The Heart is a Lonely Hunter, in which a deaf mute 'listens' to the stories of four misfits. Or Sandor Marai's Embers: the entire book about two old men sharing a meal and reliving a night forty years previous in which a betrayal took place. Quite a number of Grame Greene's books have very little happening too.

I like films that are similarly bleak - especially old British ones such as Saturday Night Sunday Morning. More recently, there's a great Mongolian film called The Tale of the Weeping Camel that I'm especially fond of and my boys show to their friends to demonstrate how odd I am. Look at this; my Dad actually thinks this is good!


I tell them they miss the subtlety because they are young; they tell me I'm boring. But interestingly, I met a writer last week who had recently finished a novel for young adults. She told me that teenagers expected their books to be packed with action; if there wasn't a murder, a romance and an epic quest by chapter three, then there was little chance they would finish it. That's a pity I thought, because real life isn't like that.

Does that make me boring? I don't think so, but then I'm hardly the best judge. I suppose I just feel that simpler events can be fascinating too, and that the best stories don't require non-stop action or ridiculous coincidences to hold our attention. I appreciate that fans of the Kite Runner or Rambo movies won't necessarily agree, but I'd urge them to at least try.

Of course, I'm exaggerating here, and it's one of the delights of books that there are so many different genres appealing to different tastes - from the sombre darkness of  Koestler to the bodice ripping yarns of Barbara Cartland. But even allowing that most novels are more about escapism than gritty realism, I'd still argue that too much plot is hard to pull off successfully.

And if you don't believe me, just ask Guy Fawkes (not that you can of course).
Posted by The bike shed at 1:00 AM