Blogging at its best 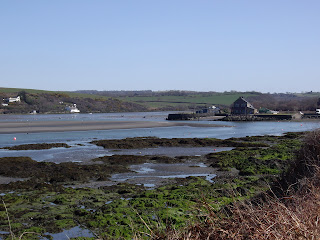 Blogs come in many forms, and there's an ever increasing array of features and gizmos for those who care to use them. But sometimes, the simplest ideas are the best.

One of my favourite blogs is Pembroke Birds; as its title suggests, it's dedicated to bird watching in Pembrokeshire. The content is as plain as its description; there are no fancy videos, few photographs and little in the way of obvious editorial intervention. I'm not even particularly keen on birding, other than watching the crow and starling roosts near my house in Wales - and yet I look at this blog every day.

The idea is simple: birders from around the county post their sightings on a daily basis. Yesterday, there were reports of a barnacle goose, marsh harriers, common sandpipers, guillemot, redstart, chough and ssshhhh… dartford warblers. And earlier this week, amongst dozens of other sightings: a rare cattle egret, a merlin, some goshawks, short eared owls, woodpeckers and the first wheatears of spring.

I've learned too that Richard D. has been birding on the north coast, Greg and Lisa have visited Ramsey, Lydon cancelled the field trip, Richard C. has been to Angle and my favourite regular allthingsgood,cliff had a fine afternoon photographing snow buntings. I couldn't put a face to any of these names though I must have met a few – walking on the coast path, carrying my binoculars, I'm regularly greeted by the question: 'Anything on the web site today?' No need to ask which site they mean.

There are regular locations for reports – The Gann, Marloes Mere, Tefeiddan Common, Sandy Haven Pill. I find myself wondering (and worrying) about what's happening at each, what birds have been spotted and who's been out looking. Checking in each day, I'm reassured and feel included even though I'm often hundreds of miles away – a sort of 'twitter' for twitchers perhaps.

Gradually, a picture emerges of a group of people who are passionate about where they live, about its landscape and the wildlife it cradles. There's a community spirit to the blog – even the odd frisson (as happened recently when there appeared to be a wilful delay in the reporting of an extremely rare falcon) –though more often it's good natured banter.

I like people who have passions, who take a deep interest in an aspect of life, no matter how irrelevant it may seem to others. And I like the way the Pembrokeshire birders use their blog, building a collective knowledge and sharing it, generously, with others. That seems to me to be blogging at its best.