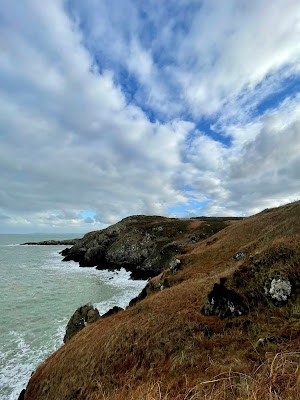 I have a friend (one of many with similar outlooks) whose attitude to travel is so very different from mine. To her, visiting the same place twice is a wasted opportunity. 'No matter how much I liked my holiday, I'd rather go somewhere different next time,' she'd say, 'After all, there's so much of the world to explore.'

It's not that my friend is oblivious to the possibilities of familiar places. Rather, it's that she delights in new experiences and (with some obvious justification) associates those with fresh destinations. It's not an uncommon perspective, indeed I suspect it's the majority view. The idea of 'seeing the world ' has a strong pull on the imagination.

But not on mine.

Occasionally in our house, we'll play that game of listing the places we'd most like to visit. Jane and my sons quickly offer up half a dozen suggestions. My answers are always couched in conditional terms: if you offered me a free ticket, I guess I'd choose Patagonia, but if you gave me the cash, I'd spend it going to the Alps...

Not again, they all wail...

My friend, and many in my family too, are seeking a panoramic vista from their travels. For all they might talk of wanting to avoid the tourist hotspots—to see the 'real' country— it's not on their agenda to truly 'know' their destination or feel a part of it in any meaningful sense. Depth of place is not the point or even achievable—it's the breadth, and to a large extent the newness, of experience, that matter most.

I should say here, that I'm not against tourist travel (I've done plenty of it) or indeed, suggesting that my approach is right or better. It's simply a different preference, and one that I sense comes more from resolving what's within than responding to what's without. Or to put it differently, it's about our inner journeys as much as our outward ones. 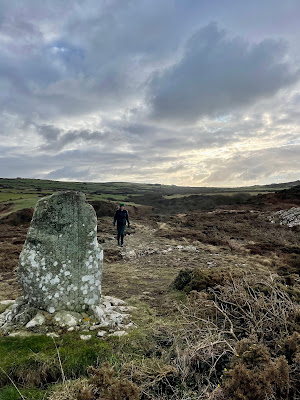 The other week Jane and I went for walk near our home. We followed the cliffs west of Fishguard, a path we'd taken before though not for some time and never in that direction. On our circular route, we passed a series of cromlechs, found hidden bays and near Carreg Wastad point (the site of the UK's last invasion) spotted a seal offshore and another on the beach... and then another.. and another...  In all, we counted over thirty and probably missed as many.

Seals are relatively commonplace here and yet to see them so close, and in that number, was a special moment. But more than that, I learned from this walk many things new about where I live. As well as chancing on the beach, I discovered the cromlechs—three of them as good as lost in the scrub—visited a new village, found a beautiful church... and most of all, enhanced my mental map of this tiny part of my home turf with more detail than was there before. 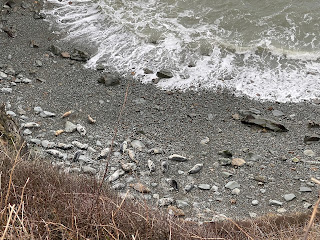 The point I'm making somewhat clumsily is that my experience was fresh and new, not because the place was, but because my knowledge of it deepened.

Perhaps this explains why I take such delight in returning to familiar haunts; why if I had to choose six locations for my bucket list they'd all be repeats of a sort. We have only so much capacity to look and feel and understand, not least in the limited time we have allotted to us. I've been talking here about travel but in truth, the same oppositions apply to more prosaic concerns, just as they do to our professions, creative callings and personal commitments. If the world and our resources were infinite, then I suppose our knowledge and experience could be, as the old hymn goes ... like a fountain flowing, deep and wide...

The tragedy, for us mere mortals, is that we must choose one or the other.