Above the town of Blaenavon at the head of the Afon Llwyd valley is a disused drift mine on the flank of Coity Mountain. The road which once serviced it remains a conspicuous contour on the hillside - though not in the way of a scar, for it has blended well into the moorland, offering the prospect of a gentle if longish climb to the now dilapidated works.

I went there the other week, my third visit in as many months. It's a melancholy place - occupying those seductive edges of past and present, industry and nature, that tempt us to attribute it with meaning, when in fact, there is only what is there.

It's beautiful nonetheless. The skeleton of the old shed silhouettes against the sky, rusted beams tone with the autumn bracken and violet horizon of the Black Mountains to the north. Even the graffiti seems apposite - adding a kingfisher flash to an otherwise limited palette. 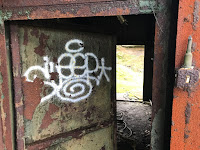 When I showed some photos to a friend, he asked me, 'Have you ever seen Hinterland?' referring to the noir detective series that's filmed in Mid Wales. It's set in a landscape that evokes something of a cross between the old testament and frontier homesteads. The original Welsh language version was titled Y Gwyll, which means 'the dusk' - that time between twilight and darkness; the opposite of dawn.

I had to look the translation up, and at first misread it, thinking - until checking a few days later - that 'gwyll' meant 'dust'.  How pertinent for writerly purposes that link would have been: nature reclaiming its own, steel leaching rust to the earth, the walls of the pithead crumbling... and the coal in the lungs of the miners...

You see, how easy it is to impute meaning.

I guess I could do the same with dusk - weave a narrative about the twilight of mining, reference the Big Pit Museum, the shadows of the men who worked these seams...  It turns out that the drift on Coity Mountain - known as Blaentillery - was actually the last in the area to close, opening in the Sixties and struggling on till early this century. 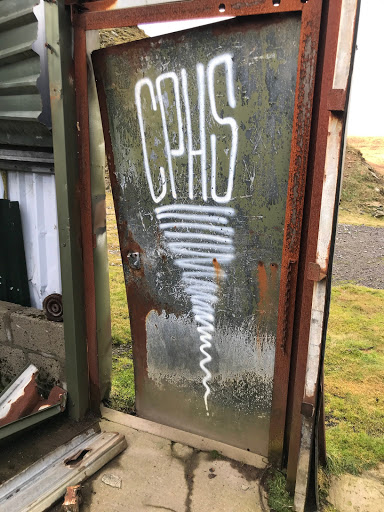 I often wonder about the prospects for the South Wales Valleys. Ultimately, these are communities whose purpose has gone. Years ago they would have decayed like the mine; today we won't -  can't bring ourselves - to allow that to happen. And so they struggle on too, occupying an indeterminate ground, lacking the skills and infrastructure to remodel their future, yet too rent by the past for a transition to tourism.

And hence the melancholy - which it's all too easy for outsiders like me to romanticise when that gift (if that's the right word) is hardly mine to bestow. If there's any meaning in place it lies not in the landscape in and of itself,  but in our relationships to it. Those who lived and worked here would no doubt have a different - and truer - perspective than three visits in as many months can hope to conjure.

But that's as it should be. For whenever I walk the tops of these hills I sense that despite knowing them for half my life, their valleys will always be something apart. I look down to the ribbon rows of houses not so much with sadness, as curiosity - even a little envy. And ironically, I remember that the reason I first came here, was they reminded me of home. 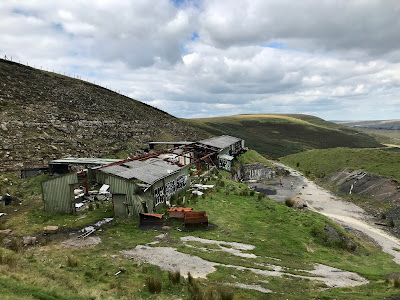