Giving up and Getting On 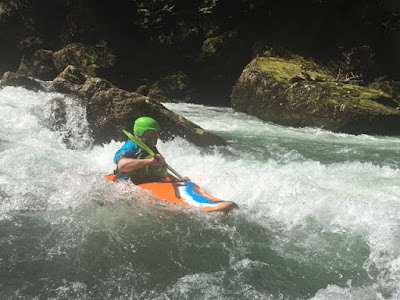 Taking part - so much better than watching

One day during last summer’s holiday in France, and much to Jane’s annoyance, our alarm clock went off at 6.00am. I’d set it the night before so as not miss the Olympic diving heats, followed by the flat water kayaking – or was it the modern pentathlon?  It doesn’t really matter – the important thing was the look from Jane as I stole from our bedroom into the lounge…

Turning on the TV to watch some ‘never-before-heard-of’ backward somersault into a pool (tight tuck; minimal splash), it suddenly dawned on me that I’d lost the plot. As long ago as ancient Rome, the games at the Colosseum were described as opium for the masses. The 2016 Olympics, it seemed, were having much the same effect on me.

And reflecting a little further, it shocked me to realise just how much time and energy I was expending on watching sports. Like many people my age, I was spending far more time watching and reading, than I was participating.

Modern day spectator sport might not be as toxic as opium but it’s reasonably akin to a soap opera – pulling us in with an ever-changing, but never-ending, and ultimately arms-length narrative.  Without noticing, I was investing huge amounts of my life sitting on a sofa, vicariously involved in events that have virtually no connection or meaning to me.

So as is my way, I made a resolution to give up watching and reading about any sport for a year.

From last September I decided I’d not watch or read about any football, rugby, cycling, athletics… as well as the Olympic disciplines in which I’d recently become such an armchair expert. It would be an interesting experiment; I’d see how long I could hold out, and perhaps reset the balance thereafter.

A year later and I’m still holding true to the vow.

I missed last year’s Premier League, the Six Nations, the Tour de France, and a whole lot more. The hardest of all to give up – I wonder if you can guess? – was the World Snooker Championship; I’ve been glued to it every year since university and Alex Huggins won his second final - more than any other event it reminds me of good times past.

But the truth is, other than the snooker (and maybe a little of the cycling), I’ve not 'missed' watching sport at all. Once I’d deleted a few links from my PC, and stopped turning to the back pages of the Times, it quickly became irrelevant to my daily life. Despite much ribbing and incredulity from family and friends (...you’re not watching the Six Nations!), I quite enjoyed giving it up.

There's something empowering about leaving behind habits or possessions we don’t need – like a supercharged version of the satisfaction we get in sorting the loft and taking our junk to the tip. Perhaps that’s why there are long traditions of self-denial in almost all cultures – they are a means to reset the balance, reflecting on, and reconnecting to, what’s important. In other words, by ‘giving up’ we allow ourselves ‘get on’ with bigger and better stuff.

So as September approaches, what sports am I going to watch again?

Recently I read that ‘a year’ is a seminal milestone in almost any quest to change our habits. In dieting, for example, the chances of relapse are much lessened if we can sustain our lower weight for twelve months. The same goes for cigarettes, drugs, exercise regimes, and in my case – not following sport!

In fact, so taken am I by the joys of ‘giving up’, that I’ve decided to extend my sporting purdah to other areas.  This year (strange how I still think in academic terms) I plan to write a walking guide to the Haute Savoir – that means finding time for research as well as long hours at the keyboard; I’d like to build a website too, and perhaps learn Welsh.

So instead of starting to watch sport again, I’m going to continue as I am. But to give me even more time and energy, I’m making two further changes.

From today I’m deleting all social media from my PC, phone and Ipad. I’ve realised that despite their many good aspects, Facebook and it's like have become one of the biggest consumers of my time and an invidious distractor to getting on with real life. If that sounds a bit snobby, then apologies; but I’m talking of me not you and, being frank, I can’t find a subtler ways to put it.

And secondly, I’ve decided to give up all alcohol until at least Christmas – if it goes well, I might extend the pledge to the full year – but I’m not promising. Giving up the booze is more to do with being healthy but having a clear head won’t hurt with the writing either.

So there you have it – new rules for the Bike Shed: no spectating, no social media and no hooch to console me.  But you know what?  I reckon it’s going to be good here this year – and a lot more productive too.

Who knows, I might even make a splash.
Posted by The bike shed at 11:25 AM