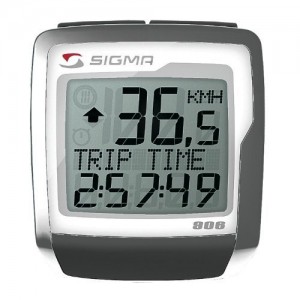 Cyclists love numbers. It comes with the territory, so to speak.

As a youngster, the first pocket money accessory I bought was a cyclometer – click , click click… the miles totalling to and from school; all the lads had one.  Cheats would attach the device to their dad’s Black & Decker and spin up an extra hundred miles in a matter of minutes.

And still today, the first question I’m most often asked after a cycle trip, is, ‘How far did you go?’  I know of only a handful of cyclists who don’t use trip-computers; in Majorca, many wore heart rate monitors; some had GPS devices.  For decades Cycling Weekly used to publish charts each January to record weekly and monthly mileage for the year – it probably still does.

But cyclists’ love of numbers doesn’t stop at distance.  We like times too – many keep meticulous records of their performances over set distances - on courses that are named by numbers  (the U44, the B41). Some enthusiasts will happily travel the length of the country to ride ten miles of dual carriageway in the hope of shaving a second off their personal best.

And as for gear ratios…  do you have a spare hour or two? Did you know that dividing the number of cogs on the rear into the number on the front and multiplying by the diameter of the wheel gives you a number equivalent to the measurement of a penny-farthing’s front wheel’?  So a 12-cog rear into a 48  front, combined with a 27inch wheel amounts to 108, and we still measure gears this way today.

I could equally have mentioned the 21 bends on Alpe d’ Huez, the 3200 kilos in last year’s Tour de France, or the hundreds of thousands who’ve come to the sport through the new fangled ‘sportif’ rides, which are basically a way of adding numbers and targets to a long day out on the bike.

This latter point has an interesting twist.

For years cycling has been a minority sport – a mix of old farts (like me) trundling the lanes with their saddle-bags, and wiry testers, grinding big gears at the Sunday morning time-trial or riding in chain gangs for training. Today it’s mainstream – almost trendy: there’s a plethora of organised rides, charity challenges, medals to be won, standards to be achieved… and not surprisingly lots of numbers too.

A friend who’s relatively new to cycling, wrote to me after completing a Sportif, - he’d ridden 100 kilometres in just over three hours and achieved a silver standard for his age group.  Excellent, I said, and where exactly had he ridden? He couldn’t say – or at least not in any detail. But that wasn’t really the point, he explained– he was aiming for Gold on his next ride!

For all my light-hearted love of numbers, this approach seems rather sad.

There’s a hugely popular but rather noxious mobile app called Strava, which feeds this new mindset.  You download it on your phone and it tracks your rides, recording your route, distance and speed. It even compares your performance to others, and in a very popular function allocates virtual awards for the fastest time over a course the rider sets. Believe it or not, here now are thousands of riders chasing meaningless times over equally meaningless sections of road.| 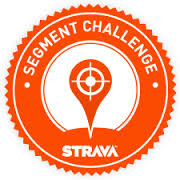 And if you think I’m exaggerating, let me tell you of a bloke I met recently who told proudly me of his  Strava awards and how he loved being the fastest over a particular section of road – some of which began from his front door. Turned out he lived in a place (I’ll not reveal exactly where) in which there must be at most a dozen regular cyclists. Talk about the tallest dwarf! 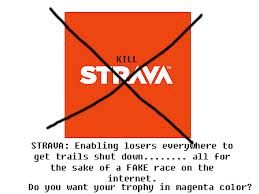 I’m being unfair and a touch unkind in the paragraph above. He was a nice bloke, a good if mildly obsessive new wave cyclist, certainly much better than me – but boy does it show how easy it is to lose the plot.

The vast majority of the lifelong cyclists I know are not actually obsessed by numbers at all  - even my good friend Stuart, whom I had once considered beyond hope. Over the years, they’ve come to understand that whilst they serve a purpose, what matters most is something deeper, something more experiential.

If numbers matter at all, it’s the hours on the bike, the days we never forget, the years of friendship.

I can bring to mind hundreds of rides that punctuate my adult life: the smell of Leicestershire’s rape fields; the red- squirrels I disturbed near Keswick; the eagles over Mont Blanc; the descent of the Col de Tourmalet on a tandem; the time I froze myself senseless in a storm above Alston.

These memories are mine till I die or go senile.

And yet I couldn’t tell you the time, the distance, the speed at which I rode those days. None of that matters; it never will and for all but a precious few elite athletes it never should. In a few months, I’ll have forgotten the cold hard figures from Majorca – but not the softness of the breeze or the warmth of the sun.

Numbers - who needs them?
Posted by The bike shed at 5:08 PM