The trouble with speeding - and a perversion of justice 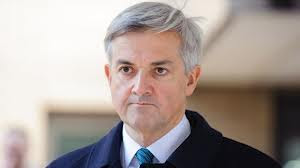 The recent publicity surrounding the guilty plea of Chris Huhne, and the tragic consequences for both him and his family have been playing on my mind. It's not that I care especially for Mr Huhne, or condone any of his actions (be they personal, political or perjurous) - it's that I'm left deeply uneasy at the thought such a trivial matter could lead, as if by some unstoppable logic, to such extreme an outcome.

The strict legal position is that Chris Huhne perverted the course of justice; that's a serious matter and as a consequence, he should expect a custodial sentence - 6 months, possibly more. As a cyclist, I have more reason than most to ensure speeding offences go punished. It's straightforward isn't it: he did the crime -  he should do the time!  So why I am so uneasy?

The clue, I think, is in the phrase 'perverted the course of justice'.

It was reported this week that an estimated 300,000 people have offloaded speeding points - do we genuinely regard all those as perverters of justice? Do we think that's how they viewed it when say 5 years ago (or more) they asked a wife or partner to avoid an increase in their car insurance?

It seems to me that to categorise the off loading of speeding points as a crime carrying up to a life sentence is a clear case of mislabeling.  More than that, it's an aggrandisement of the issue by the prosecuting authorities and legal system.

Now before you think I've gone all soft, it's important to remember that we're not about to send Chris Huhne to prison because he's an MP, or because he left his wife, or because he wasted public time - it's because he lied to avoid speeding points.

Imagine if, by the wave of some magic wand, we had the technology to prove all those cases beyond reasonable doubt - would you really be comfortable putting that many people away? Even if we assume the figure of 300,000 is grossly exaggerated (it probably is because the press reported it) -  there'd still be tens of thousands involved.

Almost any adult reading this will know someone who has off loaded penalty points - your sister perhaps, your uncle, a friend?  Six months for them too - does that seem like justice?  Indeed, if you know they did it, why aren't you ratting on them -  after all, perverting the course of justice is a serious crime; surely you're an accomplice if you don't tell?

The truth is we don't regard points dodgers as being in the same league as robbers and muggers. Most of us wouldn't want our friends or neighbours incarcerated for such a relatively trivial offence - that's not to say a substantial deterrent isn't needed. But surely a five-year driving ban would be sufficient, rather than a criminal record, loss of job, ruination of their career and life prospects.

It occurred to me that a fair challenge to this view might lie in the word deterrent.

The problem with points dodging, a prosecutor would say, is that it's easy to do and hard to detect. In these circumstances, we need a strong disincentive - and custodial sentences provide that. By their nature deterrent sentences are disproportionate; they are harsh on the individual but justified by the wider context. That's why we use them for crimes such as drug trafficking, or in the corporate sphere, for breaches of competition law.

I suppose it is when you put it like that - indeed it almost convinced me - and yet I'm still uneasy.

And that's because points dodging isn't the same league as smuggling heroin or price fixing cartels. Drugs traffickers are few and far between, they peddle misery to millions and make a killing for themselves - what's more (and to my mind critically important) they know the consequences of getting caught.

That patently isn't a parallel to the off loading of penalty points - for a start, we know that tens if not hundreds of thousands have done it. Whilst the deception isn't to be condoned, I'd contend it doesn't directly peddle misery in a comparable way. And most important of all, I don't believe that when your sister or your friend or your colleague agreed to take those points they fully understood what that could mean.

But more than all this - sometimes we just need a sense of perspective.

Call me an old softie if you wish, but in my view, it's also a perversion of justice.