The evils of drink 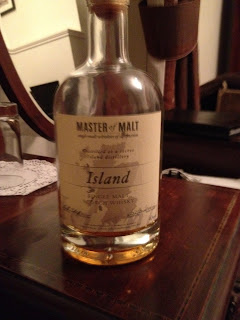 Those of you who visit the Bike Shed regularly will have noticed a recent increase in pace. Though not overtly declared, I've been attempting to complete my third year of the National Blog Posting Month - writing a short piece every day in November. And I was doing quite well, I thought...

When ironically I met up with some writer friends at the New Networks for Nature conference in Stamford.

I'd planned to write a quick post as I arrived, but was waylaid by a well-known nature writer (no names can be revealed) in the bar. A quick pint won't harm, I thought; I'd have time to nip off after the opening talk and write it then. Except I was waylaid, this time in a different bar with many more writers. No matter, I could write when I got back to the hotel...

You'll be getting the pattern by now...

By 11pm I was thinking (just) there's still an hour to publish a few words...  at which point we opened the bottle of Island Malt. (Check picture closely to see how much is left!)  Two hours later and I manage after five attempts to fit the key into my bedroom door.

This morning, I awoke to the unused computer by my bed.

I've failed, I thought, as I shuffled down to breakfast.  Might as well give it up for this year.

I felt I'd let myself down. Why do I do this - it can't possibly be worth it.

But you know, now I've sobered up, I reckon it was.

It was worth it, because NABLOPOMO, or any contrived challenge for that matter, shouldn't get in the way of enjoying life.

It was worth it, because failing every now and then is okay, and being reminded of that (occasionally) is not a bad thing. And...

Most of all, it was worth it, because good whiskey and good company are a fine and all too rare combination.

And if you missed yesterday's post, all I can say, is that it probably hurt me more than you.
Posted by The bike shed at 6:34 PM