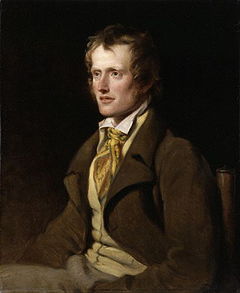 Today, I'm attending a forum called Voices For Nature, a gathering of writers in Stamford, Lincolnshire. It's organised by New Networks for Nature, a voluntary group concerned to promote the diversity in the natural world and to challenge the low priority it has politically and economically.

That all sounds a bit worthy, but in essence, I support the position. What's more the network brings together writers, scientists, visual artists, musicians, conservationists, academics - and by happy coincidence, some of my very good friends. The guest speakers include Ruth Padel and Richard Hines (remember the film/book Kes) amongst a host of other writers, filmmakers and polymaths.

I often find I make unexpected connections at events like these. The other day I looked again at the brochure and realised Saturday's programme is dedicated to John Clare with the theme of landscape and loss. John Clare, who suffered from mental illness, once escaped from his asylum, making a five day walk to his home, delirious with hunger and exposure. He arrived not far from Stamford.

I know this because a neighbour in Wales described it to me. He's composing an orchestral score inspired by the journey - a huge enterprise that he works on day and night. We recently went for walk together on the coast path, during which he eloquently described the challenge of creating a musical tension that slows down rather than speeds up.

I had known my neighbour for twelve years but not been aware he composed so seriously, and at such a high level. I don't understand the technicalities of what he's attempting, but I relate to the aims. Our mutual enthusiasms helped the conversation flow: an interest in the arts, in Welsh literature, the history of our village. But what cemented our friendship, I think, is a passion to respond to the natural world - he in music and me in words.

That's not always easy to talk about; it can feel a bit arty and highfalutin, which is why it's pleasant to find people who aren't embarrassed by the idea. So I'm going to enjoy the next few days, meeting old friends and making new connections. I've no idea what or where they might be, but as with nature, that's part of the delight.
Posted by The bike shed at 1:00 AM