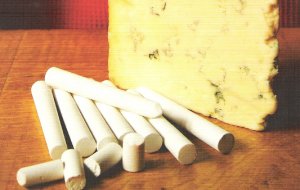 Image from Google Images
David Willetts, minister for universities and science, is fast becoming the most irritating politician in Britain - certainly, he appears to be one of the most desperate. I've written before about his claims that the increase in university fees are somehow a matter of fairness rather than a financially driven imperative. More recently he's been clutching at even frailer straws.

One of Willetts' recent pronouncements was that what mattered was not the total level of debt students would accrue - but rather how much their repayments would be. When I heard this I nearly punched the TV screen!  Willetts' approach is the political equivalent of those loan consolidation adverts that prey on the vulnerable: replace all your loans with one easy payment; no mention that your debt will take twenty years to pay off and is secured against your house.

As if that wasn't enough he's now imitating Canute in denying the tide of universities that have declared fees at the maximum amount. Of the 37 universities to announce, 27 have set them at the maximum. But having earlier said that fees of £9000 would be the 'exception' it would be too much to expect Willetts' to admit he'd been wrong. Instead he says it is early days, that there will be new providers, that the average will be lower...

This last point is a classic example of political sophistry. Willetts' claims the headline figures ignore the subsides available to poorer students, and that we should look at the average fee. Yet he knows full well that students don't pay 'the average' - they either get an assisted place or not. The vast majority will pay between £8500 and £9,000.

The most irritating thing about Willetts is that his slippery logic is so unnecessary. Everyone understands we have some difficult funding choices to make. I would prefer us to hold university fees and make sacrifices elsewhere - but I recognise it's possible and entirely logical to take a different view based on different preferences. What I can't stand is the desperate attempts to present a tough choice as something other than what it is.

Why can't Willetts' just tell the plain truth - that the Government believes increased fees are a  financial necessity (not a fairer system); that unfortunately, student debts will be a significantly greater burden on graduates (not lesser because repayments start a little later in life); and that the rapid adoption of maximum fees by most universities is disappointing (not mitigated by putative averages).

The answer of course is politics - and the ridiculous nature of our soundbite democracy that doesn't allow for debate based on agreed facts, declared preferences and logical analysis. Instead, after 350 years of parliament we've become so used to the obfuscating nonsense of people like Willetts that we regard it as the norm.

How refreshing then to hear Jamie Whyte on Radio Four's More or Less today.

Whyte is the antithesis of Willetts: a liberal philosopher, rigorously logical, open to different views, and prepared to tackle those that are so ingrained we take them for granted. His book, Bad Thoughts - a guide to clear thinking, is to my mind, a great example of how philosophic thinking can be applied to modern issues. In it, he tackles themes as varied as the Holy Trinity, anorexia and banking profits - but its underlying theme is the need to question, to face facts and respond to them in a consistent way.

Typical of Whyte, he was today arguing against a canon of modern politics - that progressive taxation (the richer you are, the higher percentage you should pay) is a good and fair thing. I don't wholly agree with his position on tax, though much of what he said is highly persuasive and showed deep flaws in our accepted approach. But I do admire his willingness to question the herd, to declare his sources, to explain his reasoning and ensure the facts that support it are sound.

It was probably a forlorn hope - but I did wish that Willetts was listening too.
Posted by The bike shed at 7:06 PM