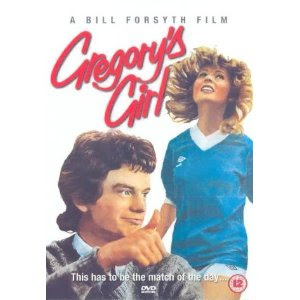 Low budget, yet charming and brilliant.


Last week I signed up for a trial of Love Film, the home delivered DVD service. Evidently if I watch ten movies they'll send me a £20 Amazon voucher.

There's nothing special about that, except that regular readers of this blog might have noticed that for a, uh...erm, cultured man, I seldom mention films. Books get a regular look in, as does philosophy, painting, photography, occasionally music or even documentary; but almost never the movies.

It doesn't help that I loathe going to the cinema. I wish I had a fiver for every time I'd been told they aren't smokey anymore, that you get a lovely big seat, that I'm missing the big screen experience...  Yes, yes, thanks for the advice, but I still hate it. The fact is I don't like the sitting in the dark, next to complete strangers, eating popcorn, not being able to get up, or have a beer - all for the sake of the inane rubbish that is popular cinema.

All right, that's bit overstated, and cinema is only one way of watching films - hence the attraction of  Love Film. But in truth I'm not hopeful of getting my voucher - for despite years of trying, I honestly find most popular movies to be dull. Or if not exactly dreary, then formulaic, dumbed down and over-hyped.

This week for instance I watched Guy Ritchie's version of Sherlock Holmes.  It's perhaps not the best example because it's in no way a 'bad' film - but let's be frank, neither is it the cerebral thriller you might expect - in fact it's a sort of Sherlock Holmes meets Pirates of The Caribbean with added mumbling and special effects.

And if I'm honest I find the vast majority of popular films to be much the same. Slumdog Millionaire was entirely predictable; The Harry Potter movies are too dreadful to discuss; and as for the spate of pixar-style animated tales...zzzz

The problem with having this view - apart from being considered a social outcast - is that it is often positioned as snobbish. Maybe that's true, but it's not as if I only watch art house movies or look down on anything remotely populist. I could list hundreds of accessible films that are not dumbed down - just great stories, well scripted, beautifully filmed and believably acted. Films like (to take a very wide spectrum of styles) Doctor Zhivago, Local Hero, Cabaret, Zulu, The Remains of the Day, Cool Hand Luke, The Graduate, The Great Escape, The Deer Hunter, Saturday Night Sunday Morning, Out of Africa, Annie Hall...  Carry on Camping (OK maybe not that one)

Of course, those are all (more or less) famous examples of fine film making. But is it just me, or are movies like these becoming rarer? I genuinely don't know the answer to that. Perhaps I'm more out of touch than I realised; perhaps there are dozens of films being produced which I would enjoy - films that presume a little intelligence and artistic sensibility but don't require a doctorate - that engage us beyond the special effects and action sequences - that ultimately, we might actually remember.

Love Film tell me I've got nine more films to watch (as if the maths was that hard). So if you come across any good ones, could you please let me know.
Posted by The bike shed at 10:45 PM