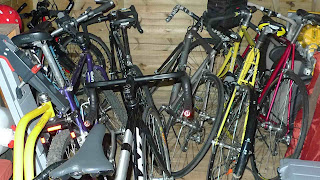 A small selection
OK, so I guess this is one of the big ones.

But then I have always loved bikes. And my son was (is) a precociously talented cyclist, so I have an excuse.  There are also five us of us in this family, which would help if the others rode, but they don't - in fact Jane and Dan are two of the worst bike riders I've ever known. Dylan, on the other hand, is five and already has two bikes...

All of which sort of explains why we have sixteen. Actually, that is sixteen rideable bikes; if I put together all the spare bits and pieces that number could rise considerably.

You see, the thing about bikes is that they are more specific than you think. Take Mike for example: he has a lightweight road bike for racing, another for touring, a mountain bike, a BMX and two track bikes for the velodrome (one is for sale if you're interested - a bargain at £600). So that accounts for six and I've already mentioned that Dylan has two, so were up to eight. We also have a spare junior mountain bike (useful for friends) and tag-along trailer bike - so lets's call that ten.

As for me, I have my old faithful racing bike, and a super fast thing that I've never got on with, but which cost so much I might as well keep it. Oh, and my mountain bike, of course...  and, yes, my touring bike, but I've had that for years.  Then there's the single speed for town and the folding bike I keep at the cottage...

That's sixteen, and very reasonable in my view.  Especially when you consider I have a friend whose  shed is twice the size of mine and who lost count years ago. I also know a couple who last year told me their New Year resolution was to ride every bike they own by December - they failed!

I managed to ride all mine -  only just. That's because I've spent most of the last few years holding a stopwatch as Mike flashes past me at the velodrome. Watching your children compete must be one of the most vicarious of pleasures, but it isn't good for your health. I stopped riding, I got fat, and at times I almost passed out with the stress. I think I forgot that bikes are supposed to be fun.

Last year Mike told me he'd had enough of competition. It was sad in a way; he was so talented and could have done more - but I understand. As he said to me recently, 'There is more to life than bikes, Dad; and more to bikes than racing.' Wise words for a fourteen year old.

And perhaps that's why they came to mind last Friday.

It wasn't the best of mornings, but I had nothing to keep me and the bike seemed a beter option than running on a dodgy calf. I suppose I did thirty miles, going nowhere in particular for a couple of hours, But that didn't matter. Because, as the muscles eased and the sun filtered through the grey dawn, I wondered why I didn't do this more often.

Bikes must be one of the best inventions of all time. They are simple, efficient, non polluting, healthy, affordable, ubiquitous. They widen your horizons in a manageable way, keeping you connected to the landscape, unlike cars and motorbikes.

As a child, it was my bike that gave me freedom. I'd ride into the fringes of Northumberland and go camping or picnic by the beach, and maybe visit my wonderful grandparents. I'd arrive home shattered; but shattered in a good way, the sort of fatigue that you sense will make you stronger. It still feels much the same.

Tomorrow I 'm going out with my cycle club. I haven't been for a few years but I'll stick with slower guys, stop when necessary; no doubt we'll go to the caff. I'm sure the legs will be fine.

The only question is... which bike should I take? 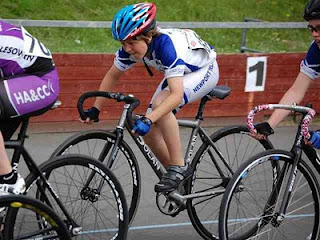 If you have talent... 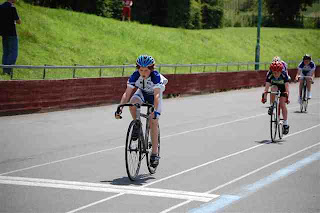