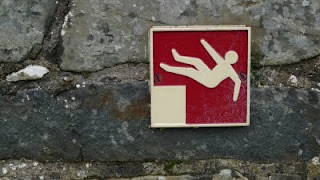 I've signed up for National Blog Posting Month; one post a day for thirty days is what I've committed to. Logistical issues aside, the lingering question in my mind is how to achieve the quantity whilst also maintaining the quality. For the former can be an uneasy bedfellow of the latter.

In general I don't go in for quantity. I'd rather have one bottle of good wine than two for a fiver; a smaller piece of Roquefort than a platter of cheap cheddar; I'd rather make love... actually, we'll not go there, and in any case I'd probably be lying. So everything in moderation, I say, even the quest for quality.

Robert Pirsig, who wrote Zen and the Art of Motorcycle Maintenance, claims that quality is the unifying force behind reality as we know it. It is quality which maintains order, and also, in its dynamic form, the force that moves us forward. This is all somewhat metaphysical – certainly it is hypothetical – but there is one passage in that book which particularly caught my imagination. The book's main protagonist is contemplating how to set about repairing a stuck screw on his motorcycle:

When we stop to think about it... we begin to see that this whole idea of disinterested observation is silly. Where are those facts? What are we going to observe disinterestedly? The turn slot? The immovable side plate cover? The colour of the paint job? ... The right facts, the ones we really need are not only passive, they are damned elusive, and we're not going to just sit back and observe them. We're going to have to be in there looking for them, or we are going to be a here a long time: forever.

Pirsig goes on to argue that we need to care, that a feeling for our work is as important to quality as any objective formula. I tend to agree. But his point in the passage above is also is about practice – and learning from mistakes. He quotes Harry Truman who said about American government, 'If we don't like it we will get something better.' And the key word here is better. By practice, trial and error, by repetition we make progress, but always with an eye on improvement.

We can see this emphasis on practice in other areas. When I painted more seriously I used to draw every day; often throw away sketches and ideas, but always working towards a bigger goal. Religions often stipulate regular prayer – John Cottingham in his book On the Meaning of Life, singles out the practice of prayer as a particular route to finding meaning. On a secular level, we are told it takes a minimum of 10,000 hours practice to become truly proficient at a sport or a musical instrument.

So I'd like to see my blogging month as practice towards a bigger goal. I hope to complete my writing degree next year. I'd like to find new material to become a more rounded writer. I need try some new ideas, experiment a little, avoid getting stuck in analysis. And I need to be prepared to make a muck of it – to fail spectacularly if necessary. As my mentor John Skinner used to say, 'The trouble with your paintings is you want people to like them. You need to forget all that and be prepared to make them worse. At the moment, they just aren't bad enough!'

He was right of course, but it still isn't easy.