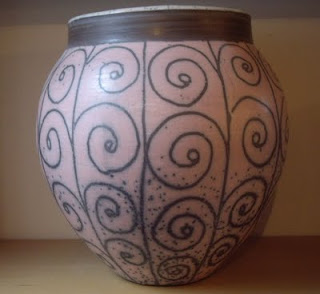 Why do I write about my collections? The idea was that they would reveal a little of me, and perhaps in describing them I'd see myself differently too. However, I'm struggling to think what my collection of raku pottery can tells us, though perhaps the unique firing process is a good place to start.
First and foremost, it first requires a quality pot (strong and well structured) which is then biscuit fired (no nonsense there) before being dipped in a glaze (subtlety toned), fired a second time (my reflective side perhaps?) and finally thrust into a bin of sawdust (a controlled risk) which combusts to create the (intricate and beautiful) finished article. So there you have it - all about me again.
I like the mix of structure and chance in raku. I like the limited colours balanced by the endless possibilities of pattern and shape. And I like it that there are hundreds of artisan potters who work in the medium - this means that raku is relatively inexpensive to collect.
For example, the vase in the opening photograph was made by Mick Morgan, a potter from Carmarthen. It cost me £40 fifteen years ago and yet I get pleasure from it every day. I have a number of Mick's pots; they are all simple in their design, and therein lies their quality. They are probably my favourite pieces. 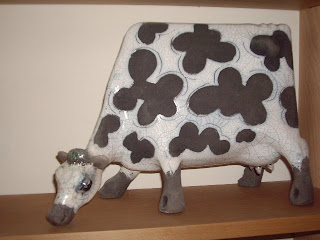 My most expensive ones are the 'flat cows', the signature works of Lawson E Rudge. He is heir to a dynasty of potters. His son Lawson junior is well known for his pigs; his daughter Kesa for dogs; and Dillon for his cats. 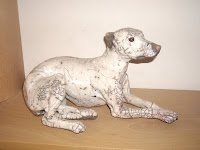 All my Rudge pieces arrived at significant moments. I bought the large cow when Jane and I first lived together; she bought me the 'big pig' about a year later! When Mike was born I bought the whippet and when Dylan came along I treated myself to another cow, this one more quirky than the last. 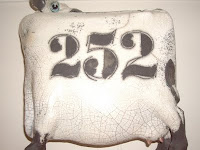 The cows all have numbers on the back, always a combination of the figure 2 and 5. There are various stories about this, but the one I like best is that Lawson bought a set of branding irons and couldn't understand why there was not a number 2 - until someone showed him how to reverse the number 5.
Good ceramics are like that - they can be viewed from all sides; always different, yet always the same. And I'd like to think I'm a little that too. 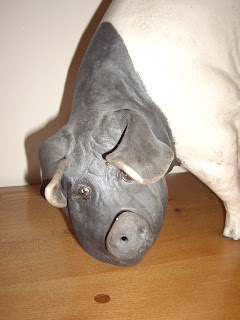 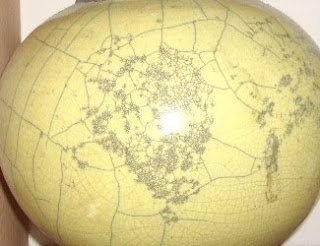