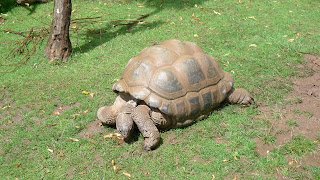 Sunshine and showers the forecast said - and worse in Wales. I want to go camping, but the boys have things to do and we're off to Pembrokeshire next week. Let's be sensible, Jane said, there's loads we can do in Wiltshire. 'Anyway,' she said,'I've bought the ingredients for a stir fry tonight.'
Strange things are stir-frys: you pack in loads of ingredients and salivate over their fusion in the sizzling wok, all the while convincing yourself it's going to be fabulous. Except, more often than not it all ends up a bit flat and I'm left picking out the tasty bits, pushing bean sprouts around the plate and feeling hungry again in an hour. I told myself the weekend would work out fine...
I took Mike to the velodrome on Saturday, the first time we've been since he broke his foot in May. It felt longer; to think, this time last year we were making the trip at least three times a week . Mike doesn't want to race this year and I know in my heart he's losing interest. I find it hard to accept in some ways - partly because there is such vicarious pleasure in watching him, and partly because he is so casual with his talent - a year ago he was almost unbeatable - but that's youth I guess, and the spare time brings other opportunities. I look too at the hollow faced youths on the Olympic Programme, training upwards of twenty or thirty hours a week and I reckon Mike knows what he's doing: too much, too young - and too much invested in a singular, improbable dream.
Dylan came too - absolute star, riding round the track centre on 'big blue', his little bike with stabilisers. The coaches make a fuss of him. 'Go Mikey, go,' he shouts to his brother who's riding the boards at twenty five miles and hour. 'Can I do that when I'm a big boy?' he asks. 'We'll see,' I tell him, not sure if I can go through it all again. Mike won his first race aged seven; it dominated our life for the next five years. Enough I think.
Watched a bit of Le Tour in the afternoon, intermittently playing in the tent that I'd set up in our conservatory for Dylan. Huge fun playing at indoor camping - highlight of the weekend in a way - see my other blog, for pictures. Had a run too - five miles along the ancient byway of Weavern Lane; the sun came out, steaming the roads, butterflies drying their wings on the thistles, a bride leaving the village church just as the showers stopped. Quite a few wedding photos will have sweaty middle aged man in the background, covered in mud and leaning against his car - I was too shattered to move.
We hired the Slumdog Millionaire DVD for the evening. Now am I the only person who thinks this is a pretty mediocre film? I was bored by twenty minutes, surfing on the laptop to pass the time; it got a bit better towards the end - but multi oscar winner? Come on, really? It reminded me of the book, White Tiger which won the Booker Prize - not a bad read, but hardly that worthy. Actually, it seems I'm not alone in think Slumdog is over-hyped and there a lot of informed and balanced reviews making that very point.
Up early from the indoor tent this morning. Made pancakes with Dylan in between downloading pictures on my other blog - all the while knowing I have more important things to write about, but it's a distraction. Jane emerges at nine and we discuss options - it's peeing down outside, so much for the sunshine.
We decide on Bristol zoo; as do too many other good folk of Bristol - it's shuffling room only the interior exhibits as the showers keep up all day. Still, the older boys like it, and there are not that many things which please everyone in the family. Everyone that is, except Dylan, who is bored rigid by the whole experience. A touch harsh perhaps, he liked the gorillas and the giant tortoise got a second glance, but that was about it. His favourite exhibit was the locust cage because it has a glass window he could look through which reminded him of a spaceship. 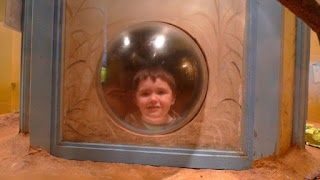 I'd been cajoling him all morning, and it was only when he started playing in his 'spaceship' that the penny dropped - he's just not interested in animals. His brothers loved them at his age; nothing better than going to the zoo; hours spent watching the penguins, sponsoring animals at rip off prices, and travelling to various farm parks and zoos. Dylan, on the other hand is totally uninterested - now show him a train, or a fire engine, or a cardboard box (see other blog again) and that's another story. Strange how our kids turn out - no one in the family has any interest in mechanical things, and yet Dylan is obsessed by them. I like this really and take a similar pleasure in watching him learn as I did with Mike as he developed as a cyclist.
Back at home Dylan has found another cardboard box to play with. I tell you, we have boxes that go back years, that are now robots, trains, Christmas decorations - some of them will never get thrown out. This time he says, 'Thanks for buying me an aeroplane dad?' holding up the scissors as he sits in the box. Four hours later and he's just gone to bed. 'You won't throw it out, will you Dad?'
No Dylan, of course not... 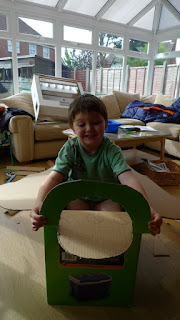 Caught the end of the latest stage of Le Tour - I don't care what anyone says about cycling and drugs and all that, watching Alberto Contador as good as fly up the mountain today - a stunning physical achievement. Lance Armstrong too, now in his late thirties after three years out of the sport and yet in second place; awesome stuff. Most British people don't 'get' cycling, and see it as a minority sport, but that is far from the case. The Tour de France is the biggest spectator event in the world, steeped in history, courage and romance; it has more TV coverage, more sponsorship, and more worldwide interest than almost any event bar the Olympics or World Cup. But to us, Wimbledon and the Ashes are more important. Oh well, each to their own I suppose.
Went mountain biking this evening with Mike - we are thick with mud after only ten miles. Mike decides to ride home without touching his handlebars - I struggle to keep up. We race the last two miles, tearing round the roads of Chippenham as if riding a criterium, me clinging to his wheel for the fraction of advantage the drafting affords, pedestrians looking twice at the two swamp monsters spraying dirt over the roads. As we approach home, he slows up and we cruise in side by side.
And that's it for the weekend - a bit of a stir fry really, and not too bad as they go. At least it wasn't all bean shoots.
Posted by The bike shed at 8:31 PM

Labels: About me, My little i