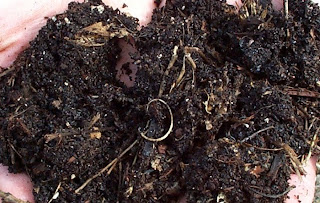 Can anyone tell me what all the fuss is over composting?

In my town it began with a brochure from the council, quickly followed by the unsolicited delivery of an oversized compost bin, whether your house has a garden or not. Soon after there were leaflets explaining why we could no longer put grass clippings in the wheelie bins. Then posters appeared at the tip, the library, the garden centre... For some people, it’s become a quasi moral crusade; the other week I met a woman who actually described herself as a ‘composting guru’. She told me that recycling had given her a meaning in life.

Making matters worse, some of my greener friends appear to regard my lack of enthusiasm as a serious character trait. Admittedly, she wasn’t exactly a friend, but the compost guru felt it entirely acceptable to publicly chide me for throwing away a tea bag, promptly rooting in the canteen bin to dig out any vegetable scraps she could find.

None of this is a big issue in itself; in fact I quite like the idea of the occasional free bag of mulch. My problem is that despite all the publicity and the right-on pressure, I truly don’t understand how composting my veg and cardboard is supposed to save the world – or even a tiny little bit of it.

Let me not be deliberately naive. I have no doubt that central government has imposed a bunch of targets on our local council, which probably accounts for the publicity and the delivery of the black plastic dalek. And I can see too that the idea has a certain feel good factor which might appeases guilty consciences over the amount of ‘stuff’ we consume. But that’s a far cry from tangible evidence that this will have any real impact on global warming, even if we all went composting crazy.

In simple terms what I don't understand is this: if the stuff we’re composting decomposes quickly, then what’s the problem with land filling it? What’s so special about my garden that means we help save the world by improving the soil in my flower borders and not that of the local tip? I thought one of the problems with some landfill sites is that the soil is so poor thereafter.

I’m sure my green friends would point out that composting saves on bulk and reduces the weight on council vehicles. But given the amount that most of us compost it can’t be much, and in any case we could save just as much fuel by more efficient logistics. Even if there were clear benefits I can’t believe they are proportionate to the amount of effort that’s gone into persuading my corner of Wiltshire to save its potato peelings.

Virtually all environmental scientists accept that we need massive - no, really massive - reductions in emissions to stop global warming. In which case why are we faffing about with tea bags and banana skins? Frankly, it can’t be significant to the big picture. The odd thing is that those in power are arguing the same logic as the normally more militant green warriors; if we all make a little effort it will add up to a huge difference. Well let me tell you, it won’t.

In fact the ‘we should all do a little bit’ approach can be hugely counter-productive, Where I live the recycling centre just happens to be five miles out of town; yet on Sundays there are queues of middle classes families in estate cars smugly unloading last week’s wine bottles (New World of course). I wonder how many of them know what happens to recycled glass – do they think it get turns into bottles again? Road surfaces, actually.

I despise tokenism, even more I despise misinformation and crap logic. If there’s a genuine reason why we need to compost can someone please explain it to me? And can anyone tell me why decomposing my peelings in landfill is so environmentally bad; my local council can’t, and neither can anyone else I’ve asked.

More importantly, can someone explain why the promotion of composting should take precedence over, for example, a proper and reasoned debate on nuclear power, or implementing policies that would seriously change consumption patterns for the better, or imposing real and meaningful targets on businesses, or investing properly in technology solutions to reduce global warming, or riding a bike instead of taking the car? I could go on.

The truth is, much of what we’re told on green issues is nonsense, collapsing under a little critical assessment. It seems to me that those peddling this well meaning rubbish rely on a combination of people’s natural deference to authority and a general reluctance to face the real issues. Taking a step back and seriously assessing if it makes sense to sort your organic scraps before jetting off on yet another foreign holiday is, for many people, just a little too uncomfortable.

Composting doesn’t really matter in the grand scheme of things; it’s just an example of the tosh we’re asked to accept as Gospel. Green issues are riddled with misinformation, poor logic, appeals to sentiment and blind faith in gurus – is it any wonder that for some people saving the world has become a quasi religion?
Posted by The bike shed at 7:01 PM