Politics and Philosophy - a lesson in two parts 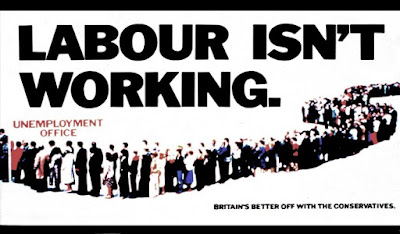 Just over forty years ago I went to university to study politics - it was around the time when Margaret Thatcher and Ronald Reagan were first elected; unemployment was high, the Soviet Union remained a threat, and in my final year, reports from Afghanistan and the Falklands glued us to the TV in the Student's Union bar.

Academic politics is primarily the study of power: the ways it's structured in a world of nation-states and how they interact on the international stage. Whereas most of my fellow students preferred the classes on government and international relations I was drawn to the philosophical side, which looks not so much of how things 'are', as to how they 'ought' to be.

This distinction between the 'is' and the 'ought' is bread and butter stuff to philosophers - it's precisely the point of the exercise in areas such as ethics and justice which became my subsidiary subjects.  By the time I graduated, these were my chief interest and though many friends and family asked if I'd thought of going into public affairs, I understood by then that the two sides of the political coin have very little in common.

In the years since leaving university, I've cultivated a certain disdain for politics and it's proponents. Ironically, given my career in newspapers, I hold much the same view of the media too. For several years I actively stopped reading or viewing any news reports and still today I'm deeply sceptical of the stories that are served up as fact. The prospect of being involved in the political merry-go-round,  even on a minor campaigning basis, has remained about as attractive as the warm milk we were forced to drink at junior school - the removal of which I regard as Margaret Thatcher's best ever decision!

Or at least that was the case until the coronavirus crisis and the monstrous restriction of our civil liberties that continues to be imposed under the guise of public safety.  My use of the word 'monstrous' will make clear how I regard the extended lockdown here in Wales. It's a visceral thing, a sense that just 'is' within me, as much as something I 'ought 'logically to feel - and although I could set out all the arguments here, that's not the point of this piece.

What's relevant is that for the first time in my adult life, I've become a letter writer, a tweeter, a commentator of Facebook. I've followed every welsh politician that matters (to be fair that's not many) and bombarded them with questions; I've signed petitions, written to newspapers, sought out data and read the legislation and scientific advice in full. The National Parks have governance websites that allow you to read their policies - and like me, complain at their closure of huge areas of the countryside and general kowtowing to the wishes of their paymasters.

In part, I've done this by way of experiment. I wanted to see what difference - however small - I might make. If I campaigned hard enough, might anybody actually listen? Along the way, I've learned some of what works and what doesn't - when to challenge and when to stop - which posts get the most likes, and which are more likely to fall on deaf ears. At times it's almost exhilarating and I can see how some might find a purpose in this as a profession.

But most of all I've learned that the process is exhausting.  In fact, it feels like the intellectual equivalent of banging your head against a wall in the hope that someone takes pity on your cries. The reason for which, is that success has absolutely nothing to do with winning the intellectual argument.  Indeed, I should remove 'winning' from that last sentence - for it's now clear to me that political campaigning has almost nothing to do with intellectual rigour at all.

The historian Michael Ignatieff made this point in an interview, reflecting on his time as leader of the Liberal Party of Canada.  Ignatieff is a formidable thinker and yet he described how all the skills he had acquired - and had thought would be helpful - were of little or no use in the political arena.  In politics, the protagonists have an agenda which they pursue regardless of consistency or intellectual merit - those are the niceties of losers.  What matters to lobbyists and politicians is simply to prevail -  and if that means you need to pivot your reasoning or ignore some inconvenient truths, then so be it.

Dominic Cummings wouldn't be concerned - from 'Taking Back Control' to 'Get Brexit Done' he's become the embodiment of a political method that's based on little more than the repetition of populist messages - ideally wrapped in slogans which capture the sentiment but suppresses any critical thought. The recent calls to Stay Home, Save Lives and Protect the NHS are more benign but little different in their veracity.  In a distressing reversal of the academic distinction we began with, politics in practice would has evolved to the art of promoting a partisan view of what 'ought' regardless of the truth of what actually 'is'.

But was it ever any different?

Forty years ago the slogan on billboards across the UK was 'Labour isn't Working'.  It's now famous as the Saatchi and Saatchi campaign which led to the Conservative victory in 1979.  And yet if you look carefully, you'll see that the line of supposed benefit seekers is actually the same twenty people - all of them volunteers from the Hendon Young Conservatives - photographed from different angles. What's even more ironic is that by the end of Thatcher's first term in office, unemployment had more than doubled.

That's a long time ago - and no doubt we'll look back on this crisis and its impact on civil liberties in a different light too.  But for now, I'm done with campaigning,  the toll on my wellbeing is actually too great.  Indeed, the prospect of civil disobedience is actually less stressful and easier to enact than all of that tweeting and letter writing.  In the meantime, I'm off to walk up a mountain where the only gathering is the rooks and the most important distance is the one between me and my darker thoughts.
Posted by The bike shed at 7:10 PM

Labels: About me, Politics, Wales