Red dots and the quiet life of an introvert 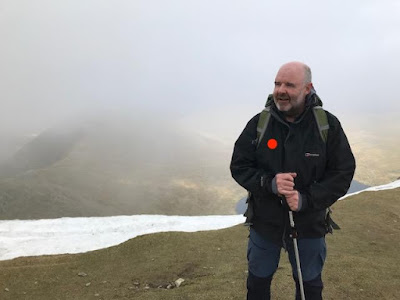 Last week the Sunday Times carried an article that caught my eye. A gathering of academics at a conference on transgender issues had suggested delegates might apply colour codes to their name badges. A green dot indicated the wearer was happy to be approached for discussion; amber, that they would prefer to speak first; while a red dot signified a wish to keep one's counsel.

This struck me as a fabulous idea. Transgender might be a controversial topic, but frankly, I'm just as uncomfortable at the over-friendly chit-chat of the ladies in Waitrose. Corporate events are even more toe-curling - some years ago, until they took the responsibility off me, I set my firm's budget for client entertainment at zero! And as for any occasion with the mention 'networking'...

My friend agrees - I sent her the article and suggested we could glue red discs to our respective front doors. Why restrict it to home? she replied. How about a badge for schoolyard mums, and maybe another for walking in the hills? Good shout, maybe we could launch a campaign: #reddotting - for those who don't want to be mugged...  or hugged for that matter!

And yet, when I mentioned the idea to a different friend, they were horrified. Another example, they said, of the narcissistic over-curation of our lives; why can't we just talk to each other without artificial interventions?

Putting jokes aside, I reflected that there's much truth in this. Transgender is a prime example of an issue so politicised that even curious exploration is now fraught with anxiety; colonial history is arguably another, and views on climate change are in danger of acquiring an evangelical purity. Certainly, we've come a long way from the old pub maxim that the only topics to avoid are politics and religion.

But my attraction to 'red dotting' - that hashtag idea isn't quite dead yet - is founded on a subtly different notion: that too much of our culture - and especially those behaviours we consider socially polite - are shaped by extrovert values. The line between shyness and perceived rudity is gossamer-thin, in contrast to the robustness of commonplace assumptions that silence confers a lack of interest, or not mingling at a party makes you a miserable sod. To make matters worse, many extroverts, whose preferences so dominate our norms, are constitutionally resistant to seeing it differently.

Malcolm Gladwell touches obliquely on this problem in his recent podcasts, Talking to Strangers. Why he asks, are we so poor at interpreting the feelings and intentions of others? Using examples from Chamberlain's appeasement of Hitler to the trial of Amanda Knox (as well as her trial by media), he explores how our cultural norms lead to errors of judgment. Among our chief failings is what he calls the 'illusion of transparency', an entrenched preconception that a person's outward appearance is a mirror to their soul: smiling means you're happy; hesitation that you're lying; eye contact shows you're trustworthy.

But if this is an illusion, it's one that stubbornly persists.  Discussing Gladwell's podcast with Jane - who's a champion mingler and extrovert in the very best and kindest sense of the term - she countered that surely our instincts are 'right most of the time'; that these types of shortcuts make for a more efficient and smoother sociability. I sense there's truth in this too - except why do we default to the extrovert view?  Why not see silence as reflective, hesitation as truth-seeking, and eye contact as deception?
My mother in law, bless her, kisses every family member who comes through her door, usually clasping their face in both hands. As it happens I don't mind (truly I don't), but it would no more occur to her that some people might find cheek kissing mildly uncomfortable than she could conceive of a less demonstrable welcome being just as, if not more, friendly. In a similar vein, a good pal has a habit of talking at length - and I mean great length - to random passers-by; I enjoy chatting he says - yes, but do they, I reply!  To a stereotypical extrovert, what they like, and what's socially 'right' or 'correct', are inextricably linked. It's called preference bias - and we all exhibit it to some extent.

I should add here that there's nothing wrong with being an extrovert, just as there's nothing wrong with rain, or trees or choosing pudding over cheese. Extroverts can be brilliant and funny and a million things more. The problem is not being an extrovert, it's presupposing that everyone else is too - or more to the point, establishing an orthodoxy that assumes the same. Introverts are estimated to account for up to forty per cent of the population, so the notion that one's preferences are inherently 'right and proper', or for that matter 'right most of the time', is hard to sustain.

In truth, the introvert: extrovert distinction is more of a spectrum than a divide. Most of us are not wholly one or the other - though the uber-chummy cashier in our local convenience store comes close (tip if ever you're in my town - avoid his queue no matter how short). But this seems to me to make red-dotting even more attractive - for why wouldn't we want to know how others would like us to be? After all, you wouldn't serve only beef at a dinner party without first checking if there were any vegetarians.

I'm not hopeful though.  Even as I write, I can sense my more ebullient friends muttering - fiddlesticks, of course it's more friendly to be like us...

And perhaps they have a point. For according to Gladwell, our behaviours are intrinsically contextual - even suicide is often specific to location; evidently, those prevented from jumping off the Golden Gate Bridge seldom try elsewhere. The workplace is another context where our characters can change. I'm reminded too, of Jane's regular complaint at my silence when she's driving - I feel like a chauffeur, she says - and yet with certain friends, she can't shut me up.

Perhaps it's inevitable then, that in social settings, those who project themselves on the world should take the lead in setting the norms. It wouldn't work to entertain in silence, just as singing in the library doesn't go down a storm. And much though I like the idea, I'll concede that it would probably be weird to don badges in the pub.

Though, on second thoughts, if they were all red, I'd give it a whirl.
Posted by The bike shed at 8:50 PM

Labels: About me, Ideas, Introversion