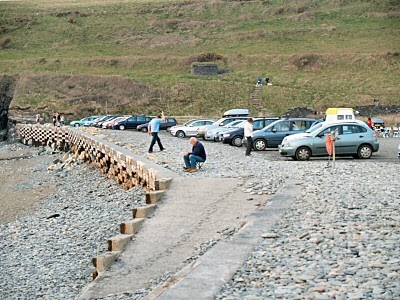 Near to my house is the beautiful cove of Abereiddy. The picture above is a stock shot from the Internet - it was probably taken about ten years ago, but that doesn't matter - the important thing is the line of the sea wall and where it joins the headland.

Compare this to the picture I took this morning. 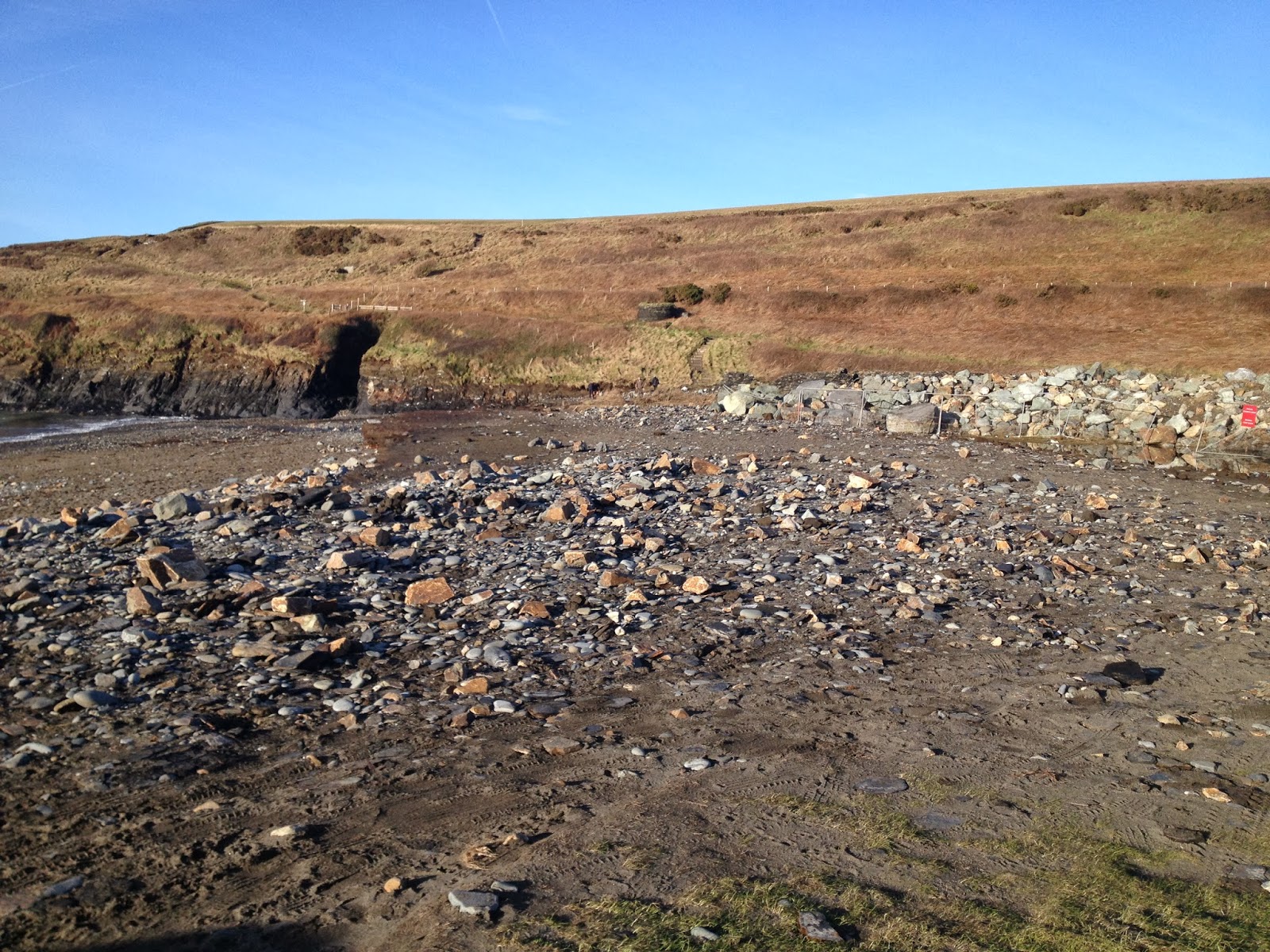 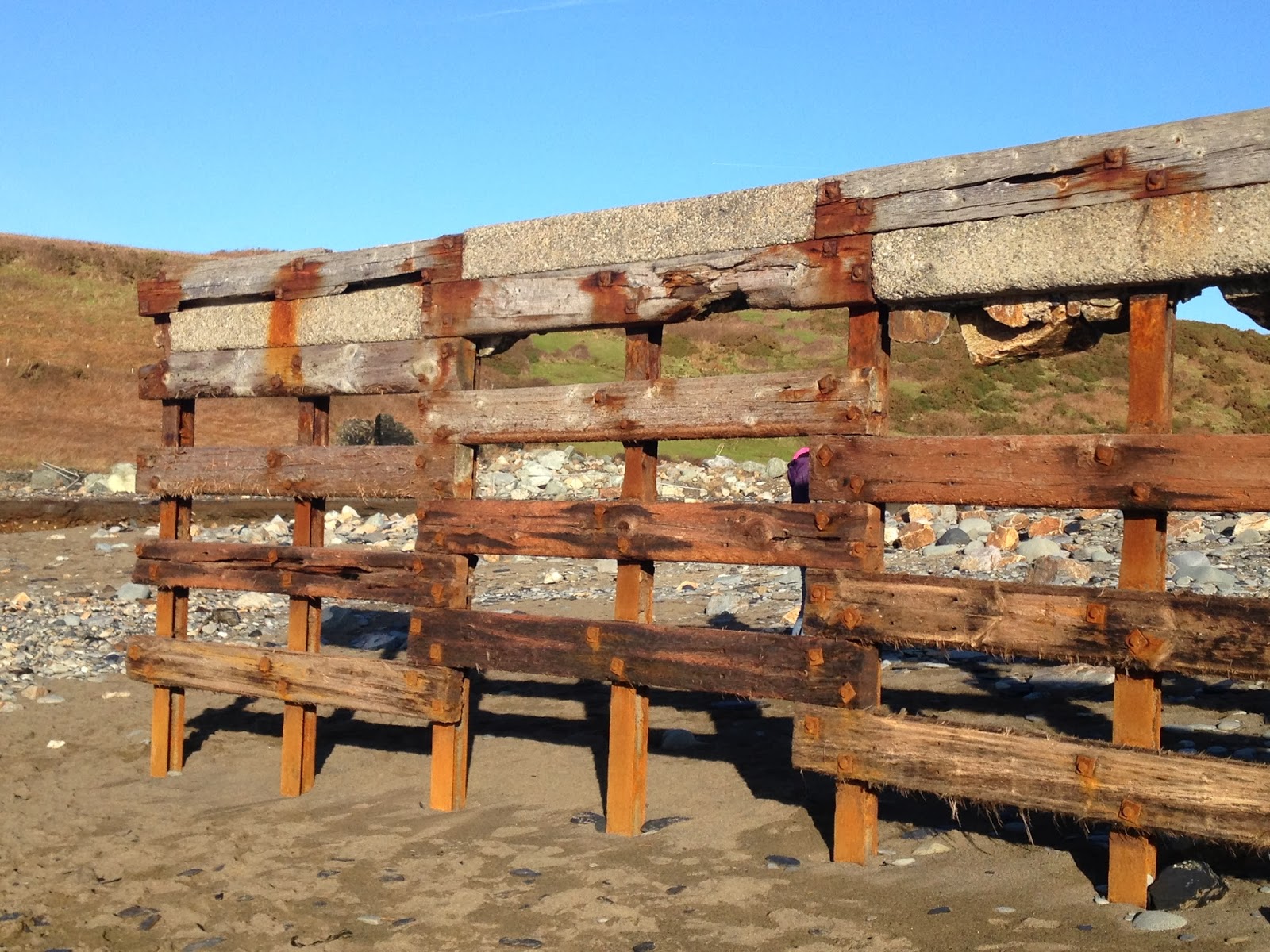 To be fair the sea walls were removed a couple of year ago and the car park has receded a few meters each winter - but the recent storms did the equivalent of ten years' work in a night.  There was room for five cars today!

To the south is Newgale, a mile of sands backed with a bank of cobbles. The picture below was taken at Christmas. 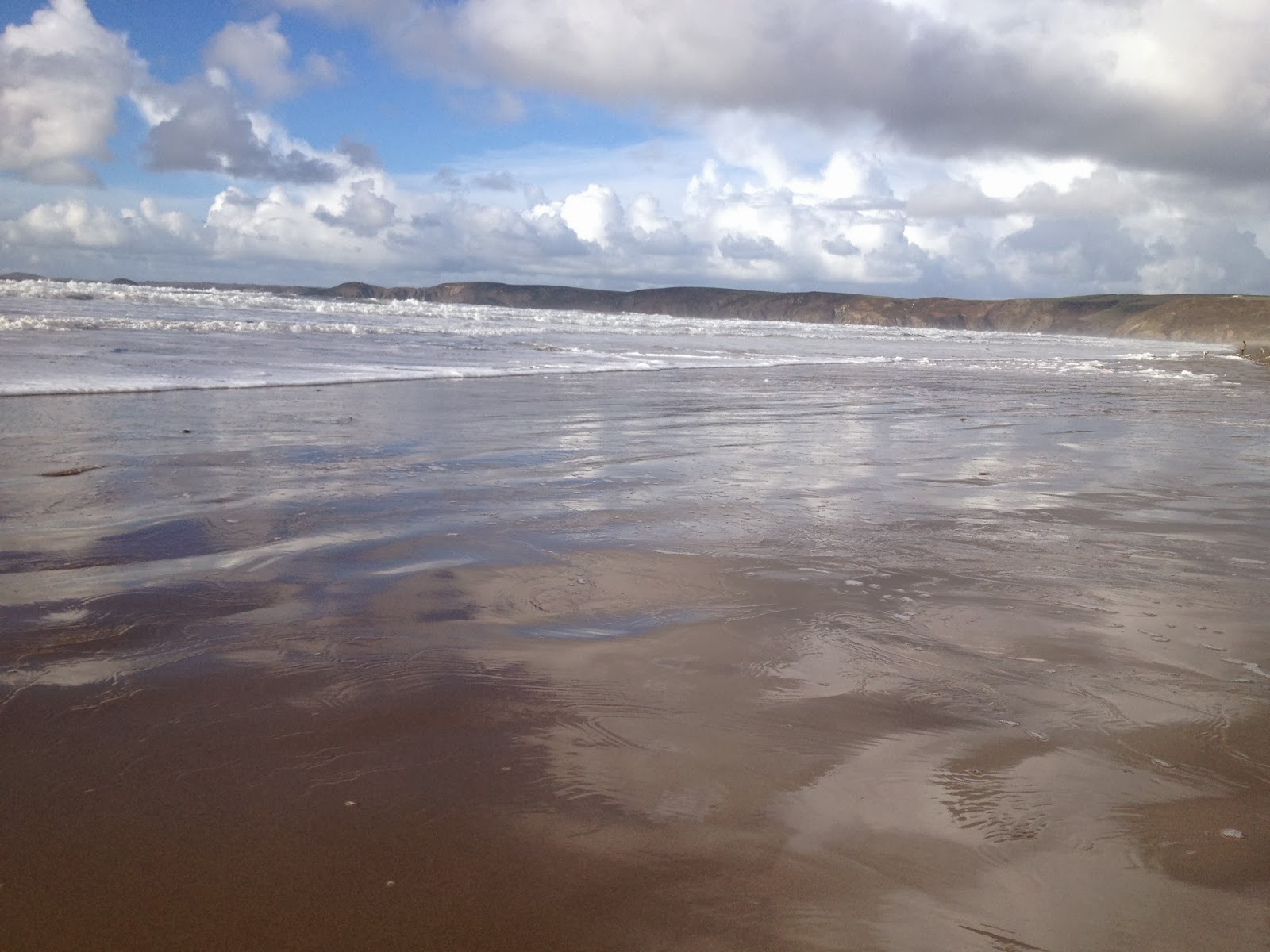 The same spot this morning... 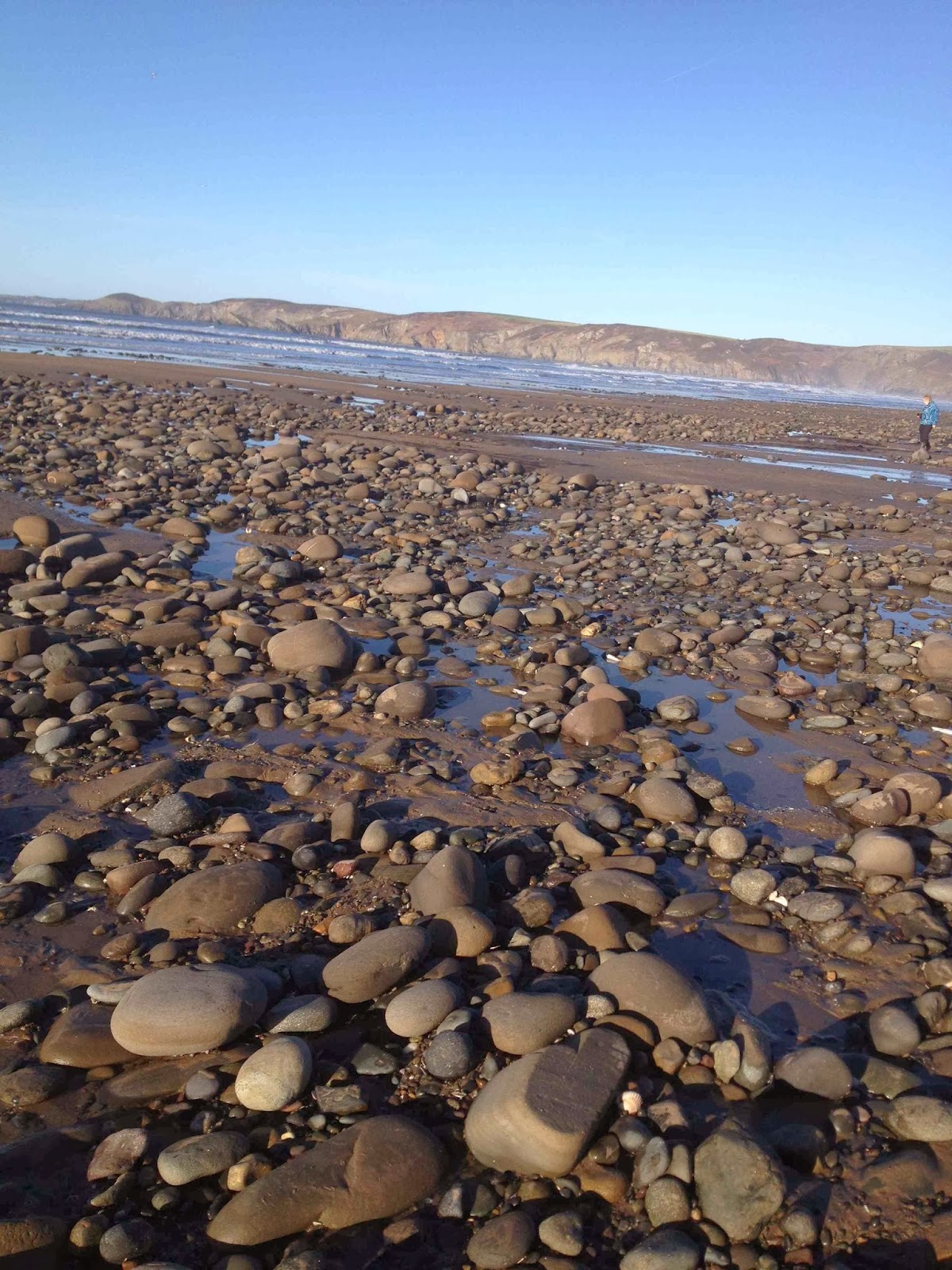 It's common for the winter storms to lower the sand, but in twenty years I've never seen it so denuded. A little further down, the petrified trunks of an ancient forest have been exposed for the first time in decades.

Above the usual shoreline, the putative defence is being replaced after the tide had brushed it aside. 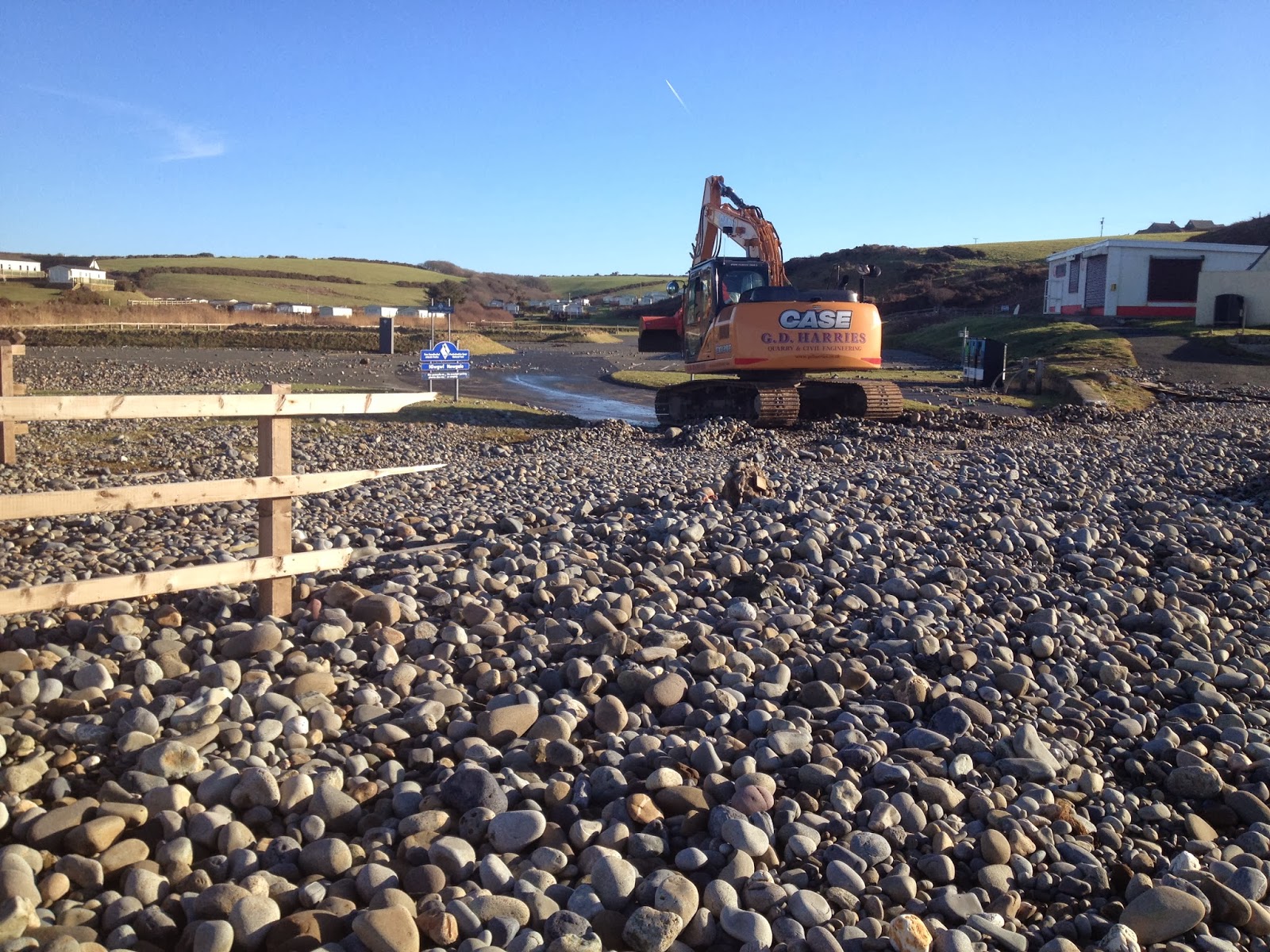 And yet today all was calm, as beautiful and wondrous as ever - in some ways more so. 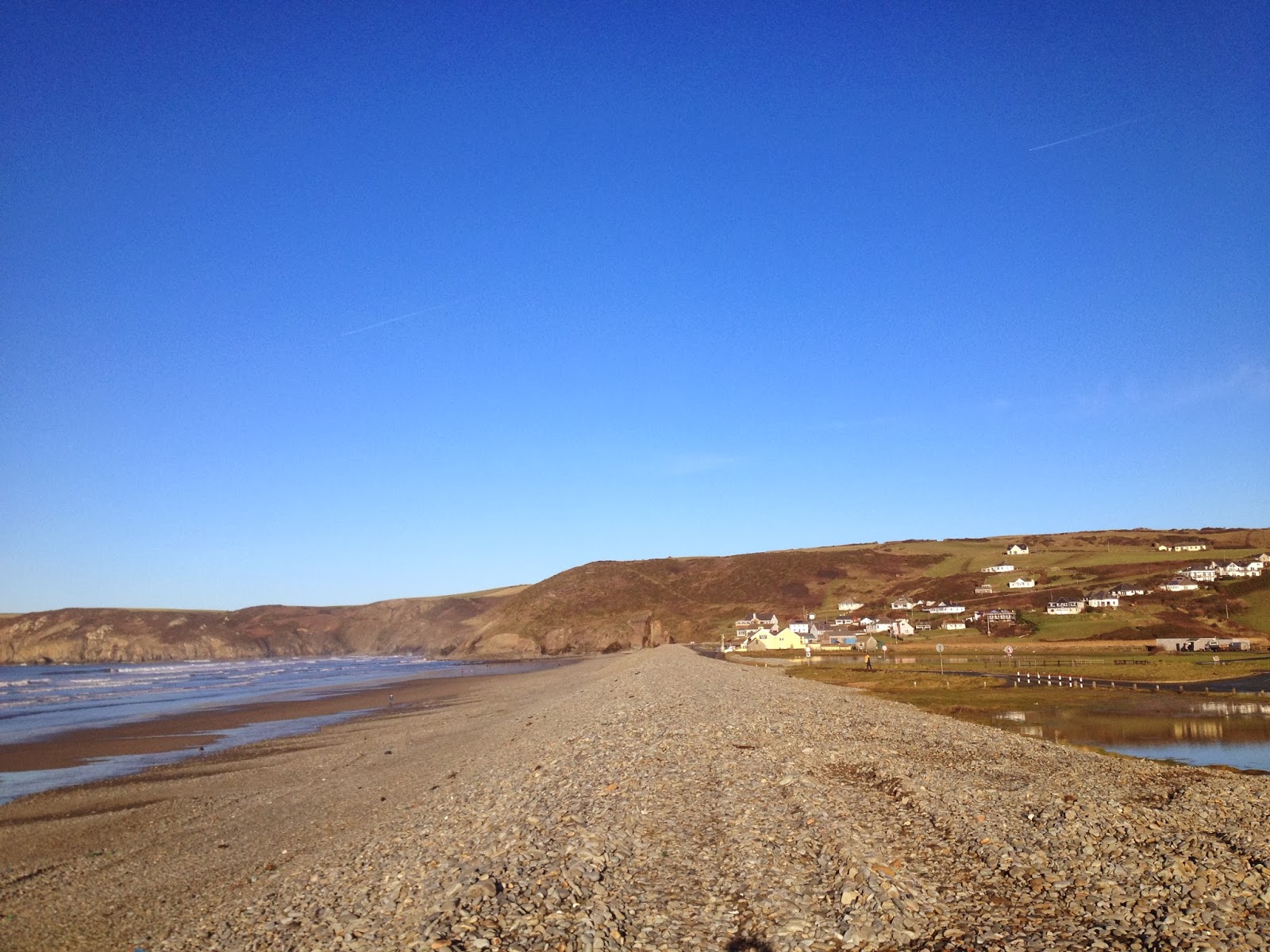