Why exactly are we doing this...? 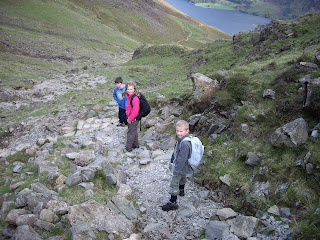 It was raining - hard as it happens -  the traffic crawling and a snake of tail lights extending somewhere towards Birmingham. The kids were moaning in the back; the ipad was out of charge and the crisps weren't the right sort. Driving 300 miles up the M6 on a Friday night is not the time or place to be impatient...

Jane snapped, Remind me again, why exactly are we doing this?

Five hours later we reached Preston and our bed for the night at a Premier Inn.  If we get up at six, I jollied, we could reach the Lakes in a couple of hours, have breakfast in Keswick... Jane's look suggested I keep schtum.

But it's strange how moods can turn. The room was spotless, the pub next door just what we needed, and Dylan slept through the night without a murmur.  Next morning we were off (at eight-thirty), driving to Penrith under a cobalt sky and debating how we might lengthen the walk in.

Our goal was Black Sail Hut, one of the oldest youth hostels in the UK and certainly, the most remote.  It's situated in the Ennerdale Valley and requires a five mile trek from almost any direction. Travelling with us was a friend and her two children (aged 6 and 7) - which explains why our sacks were bulging with sweets and chocolate as we strolled the south shore of Buttermere, heading for Scarth Gap. 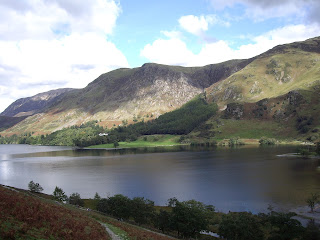 Now Scarth Gap isn't a huge pass; it's one of the tourist routes up Haystacks mountain and takes about an hour for an averagely fit walker.  But when you're six or seven years old, and playing with your mates, it's a different prospect. It's steep too, and the boys took to holding a stick between them, shouting as they hauled themselves up the rocky path; one and two and three and four...  I smiled. They were counting steps, as if parodying the title of my book (that's not a contrived plug - it really happened), and I marvelled at how life so often repeats itself.

By the time we reached the last rise Dylan and young Jack (so small I could almost fit him in my pack) were a hundred yards ahead, waving their poles and posing for photographs. The descent to the hut took half the time and twice as many stumbles - we arrived mid-afternoon, dumped our coats, put on a brew and sat listing to the mountains. 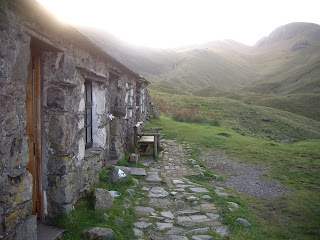 An hour or so later the wardens arrived; they'd been to the pub they said, over at Wasdale Head. I must have looked puzzled. It's only a forty minute fell-run they explained, pointing to the pass by Pillar Rock. I noticed their stick-thin limbs, their sinewed calves -  and estimated their combined body mass index to be approaching 15!  They were great wardens though - proper mountain people - and it was obvious they cherished the time they were here.

Black Sail is also unique amongst the remoter UK hostels in that it provides evening meals. Dinner was soup, sausage casserole and sticky toffee pudding, washed down with Cumbrian Ale and a bottle of red. Another family was staying too and by the time the stars were out there was one conversation around the wood-burning stove and a shared sense of how special this place is. 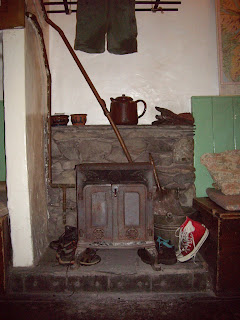 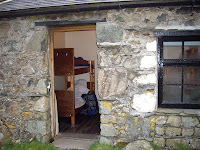 So having driven three hundred miles, then walking another five  to sleep in a shepherd's hut, we woke the next morning and promptly walked back. There was mention of severe weather approaching, but the sun held out. As did the little ones, whom though tired, still managed to reach the pass before me. Ninety minutes later we all were back at the car and soon heading to Keswick for lunch before the long drive south. 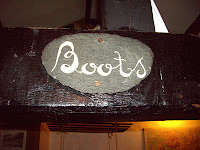 There are few places in England that can offer such a compact adventure as Black Sail..  Of course, walking to the Ennerdale Valley doesn't risk life and limb - but it's a world away from the clutter and comfort of everyday life. It's part of the comprehensive education I want for my children,  in the hope they'll learn to appreciate and participate in nature - to understand there's more to life than Gameboys and cinema and for that matter, Premier Inns or swanky hotels.

It's to the YHA's great credit that it keeps Black Sail running. I wish the Association would find and open others like it, for I'm sure the demand would be there. We drove home in less time than it had taken to reach Preston on Friday night. Tired, yes, but more refreshed and ready for the week ahead than if we'd called it off.

Remind me again, Jane had asked on our way north, why exactly are we doing this?  As we unpacked the car two days later, Dylan begged,  Next time we go - could we stay a bit longer? 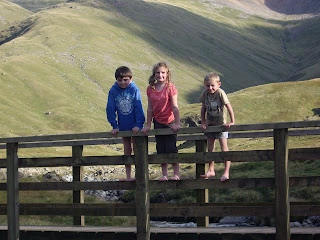 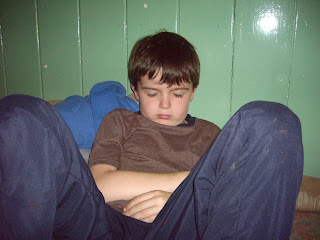