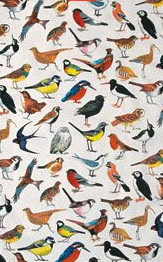 Earlier this week I was talking to my father in law, who asked if I was doing the November blog-a-day challenge. I told him I was and this year I'd given myself the theme of nature. I'm not sure about that, he replied, there's only so many posts you can do on Starlings or Yellowhammers or Robins or Buzzards. Don't you need some variety?

You won't be surprised to learn that my father in law is an avid bird watcher. But the response got me thinking in another way - and what struck me, was his intuitive reaction that my theme of 'nature' would  essentially involve the describing of birds, and possibly, though not stated, some countryside mammals too.

That's interesting because I'd not thought to do that at all. In fact, top of my list was probably 'landscape', followed by 'green issues' and 'journeys in Wales'. But I'd happily include (and indeed plan to) items on mountaineering, astronomy and the stars, gardens, planning regulations, insects, plants - a whole gamut of topics with a vague connection to the natural world. Yesterday's post, for example, was about cycle paths.

The philosopher Thomas Hobbes used the term state of nature to describe the human situation before society developed, famously pronouncing life in such conditions to be solitary, poor, nasty, brutish and short. His solution was a 'social contract', in which we gave up our absolute liberty in return for a protector who guaranteed security. Exactly what form that protector should take, and the limits of its authority, have exercised philosophers for centuries since.

And Hobbes' distinction is perhaps not a bad way of thinking about what sets us apart from other creatures. If we leave aside religious ideas of soul, it's not so much intelligence or genes or complexity that makes us different - it is man's willingness to live within rules that restrict his ability to' do anything that he wills or to preserve his own life.' Arguably, it is only because of society that we're able to describe nature as 'red in tooth and claw'.

I have a writer friend who describes the natural world as 'the other' - meaning everything out there but us. That's wider than I'd intended - wider too than Hobbes' distinction - for it hints at nature's unknowability, at our essential separateness, not only from other creatures but also our environment - from the world as it really is.

That, however, is a very long debate, which can wait for another time.
Posted by The bike shed at 1:00 AM