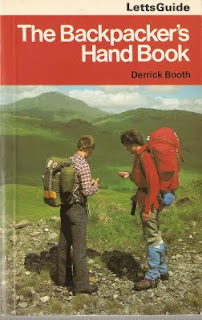 Earlier this year I wrote a post about a book on backpacking that I found again after many years of searching. When I first bought the book, aged 19, it had inspired me into the outdoors and in some small way was responsible for one of the better turns in my life. It was the writing too that had touched me and I wondered, whatever had happened to its author, Derrick Booth ?
Two months later I received the following email.
My Dear Mark

I am still alive and looking 82 in the teeth. But I can still appreciate the remaining crumbs of joy that fall off the table of life, such as the chance discovery of your blog. I am mostly blind and use every tool that technology affords me to shuffle through whatever life can offer me. A stroke robbed me of the use of my right hand, and I rely on a four-wheeled walker for my morning turn around the park.

When I wrote Backpackers Handbook while commuting on the train to Fleet Street from Felixstowe each working day as news editor of The Engineer I practised what I preached and refined my mantra of weight reduction of my pack and ignored my corpus! I now live in Sunnyvale, California, so please connect.

Many thanks. Derrick Booth
Wow! I spend ten years looking for a book and within a few weeks of writing on my blog, I get an email from the author. I wrote back to Derrick, thanking him for his message and, more importantly, for his book. Then the summer came and I didn't give it much more thought.
It was a strange summer; for the first time our elder boys wanted to spend time in Wiltshire rather than Wales. There were less camping trips too, less days walking together, less enthusiasm to be out with Mum and Dad - all this a symptom of their gradual growing up and away from us - quite right too, but it left me at a bit of a loose end. So I decided to join the Backpackers Club, and earlier this month I went for a weekend trip on the Marlborough Downs.
I arrived at the campsite mid afternoon. A chap called John was pitched in the spot next to mine; he had a minuscule tent and was brewing some tea whilst lying on what appeared to be an equally miniature yellow lilo. You look comfy, I suggested, hoping to strike up a conversation. 'I should be,' he replied. 'This is a NeoAir. It weighs only 260 grammes and has an insulation value of 2.5,' he shifted his weight on the gossamer thin mattress. I must have looked suitably interested because he went on. 'Biggest weight saving I've made since I bought this,' he pointed to his stove. 'It's a Pocket Rocket - less than 80 grammes and very stable. Pretty impressive, eh?'
Now, it would be easy to write a quirky piece about the way everyone I met was obsessed with their equipment. Like Baz who spent the nights under a nylon tarpaulin as way of carrying even less weight than the others; or Rambling Jay who waxed lyrical in the pub about the merits of her twig burning cooker. I could also tell you funny stories about the people. Like Mick, a postman whose hobby of backpacking struck me as somewhat of a busman's holiday; or John, of the aforementioned Neo-Air, who joked that his titanium pegs cost more than his nephew's entire camping equipment.
But I won't, because returning to John's description of the stove, the truth is, I WAS impressed.
All hobbies have their enthusiasts with a passion bordering on obsession - and often an accompanying language that outsiders find inscrutable. In this respect the backpackers I met were no different to many fishermen, or kayakers, or poets for that matter. I like people who have these sorts of enthusiasms. I admire their their desire to do things well, and to some extent, their bloody-minded refusal to conform and pass it all off as a joke. It is often that passion and obsession which drives them to do special things.
And so it was on the weekend. It turned out that Rambling Jay was returning to the outdoors after many years raising her children. She used her twig burning stove as a means of engaging with the socially disadvantaged children she worked with - they like making fires, she told me. As we walked along the Pewsey Downs she revealed she'd once been a kayaker and her last big trip had been to the Yukon delta, kayaking in search of whales.
There were people from all backgrounds; friendly, open, passionate and as mad as hatters the lot of them. A couple I met, at least as old as me, were regulars at orienteering in the mountains. 'We're not so good at the 20k mountain runs anymore,' they said. Twenty kilometres!
I could go on, but I have to cut it somewhere. So I'll finish by telling you about Baz.
I got talking to Baz at the halfway pub. He'd recently returned from a wild camping trip to the Picos de Europa, a place I've long wanted to visit but never quite got round to organising. He writes a blog too - and good one. I mentioned mine and my post about Derrick Booth. 'You mean the Backpacker's Handbook? I've got a copy of that. Brilliant book. It's in the club library you know. Best book on backpacking bar none - it was he who started all this lightweight stuff. And what a writer; reading him makes you want to get outside and walk!'
Anyone who knows anything about backpacking knows that minimising your load is as important to the lightweight camper as brakes and gears are to a bicycle. But the most important thing - the equivalent of the wheels, if you'll forgive me stretching the analogy - is a passion for the outdoors and a desire to experience it as simply as possible. That's what the obsession with equipment is really about - a means of carrying the minimum so you have less baggage in every sense.
Lying in my superlight tent after a hard day's walking I reflected again on Derrick Booth's email. What was it he had written? I use every tool technology affords me... as a means to ...whatever life can offer. And that, I think, is his most valuable legacy.
**************
Post script
I'd enjoyed the weekend immensely, but back at home my back hurt from carrying such a heavy pack. Maybe, I should get one of those NeoAir mattresses? After checking the price I decided it was best left for the Christmas list. On the other hand, those titanium tent pegs were not that expensive after all... aren't they lovely. 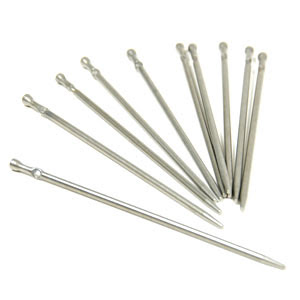