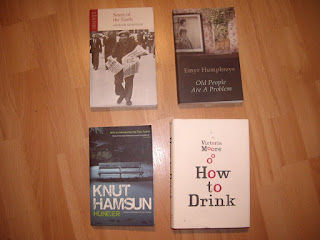 I've not been reading a great deal lately, but what I have managed has been good.
Starting with my Sony Reader, I found you can buy a cover with an inbuilt light; it works well and I can read long after Jane has dropped off with her book open on the duvet. I've said before the real problem with the reader is that there are few good books available to buy in the e-format; this probably says something about my taste, but at least it means I've started to read some old classics.
So after years of watching the Muppet's take-off on DVD, I finally read Treasure Island. I'm not generally a fan of novels with a strong narrative, but I loved it. Who couldn't like a book with the line, 'Many's the night I've dreamt of cheese, toasted mostly.' (Ben Gunn). I'm currently reading Robinson Crusoe which I'm enjoying too - though we all know the story, in fact, not a lot happens for large sections of the book, which is generally how I like it. 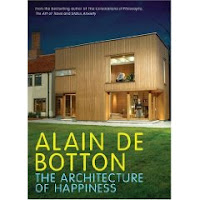 Alain de Botton has improved immensely as a writer. His latest book The pleasures and Sorrows of Work is a wry look at the modern workplace and should be required reading for pratty 'development managers' the world over. The Architecture of Happiness is less immediately funny, but it is immaculately researched and packed full of intelligence. In Britain, we have become obsessed with housing as an investment; de Botton helps us to look at architecture from other perspectives and we come away richer in a different sense.
Thirty years ago my university tutor said to me, 'If you want to understand Communism, don't bother with the text books, read Arthur Koestler's, Darkness at Noon'. I did, and thought it was brilliant, so it is strange that I've reading nothing else by him since. Scum of the Earth deals with the early days of Hitler's attack on France. Koestler's description of his incarceration as a political alien and his reflections on the reasons underlying the French collapse are documentary writing at its best. But the second half of the book is largely an edited reprint of his journal, with huge sections deleted for reasons of privacy - it didn't quite work. Nonetheless, compelling in parts.
My work colleagues bought me Kurt Hamsun's, Hunger for my birthday. Not sure what that tells me, but it sure is an excellent book. A young writer is slowly starving; he must eat to live and yet he 'feeds' off his hunger to write. Hamsun was charged with being as a 'Quisling' (that was a new word to me) in his native Norway, for his support of the Nazi occupation - and his books were burned in public (some irony there). It raises the question of what importance we should place on the writer's life as opposed to their work; Koestler too has been postumastly dubbed a misogynist and rapist.
Emyr Humphreys', Old People are a Problem is a collection of short stories set in twenty first century Wales. Humphreys is a much underrated writer, or perhaps I should say he deserves to be better known, for he gets significant critical acclaim. The short stories are not his best work, but they are a good take on Wales and a particularly modern problem.
How to Drink, a liquid cookery book by by Victoria Moore. I liked the idea behind this book; it is (I'm sure deliberately) not dissimilar to Nigella Lawson's, How to Eat, being as much discussion and information about drink as about the recipes. And it's more than cocktails too; how to make the prefect iced coffee for example. A great Christmas present for those people who are hard to buy for - at least I'd have liked it, but then I've gone and bought it already... 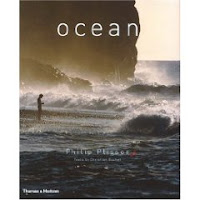 And finally, Ocean by Phillip Plisson, an out and out coffee table book. Plisson is best known for his photographs of lighthouses, particularly those off the coast in Brittany. Ocean has a wider range, but the images are equally breathtaking - a book to linger over, a glass of scotch in hand, the wind driving the salty rain into the walls of my house by the sea.
Posted by The bike shed at 8:46 AM