Making plans on a beermat. 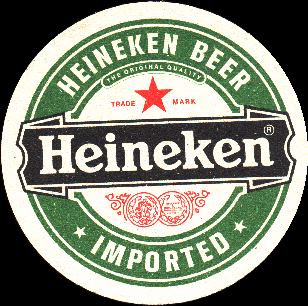 Writing a list of goals for the year is a bit of a tradition in our family. It began one New Year's Eve, in a bar in North Wales, when I tore the back off a beermat and wrote, Things to do this year: Get Divorced, Get Married... I did both, which means it must have been 1991.

Every year since I've written what's become known as the beermat, though more recently they are kept in my notebooks rather than cardboard squares. Most years I'm able to tick the best part of the list by the following December. I've been told that simply writing down your goals increases the chances of success; I guess it focuses the mind, though probably nothing much beyond; certainly, I won't have any truck with those who claim some sort of spiritual connection.

But in fact the main reason I write lists is not so much to plan ahead as to look back. I like to remember what I hoped for, relive the days that worked out, and maybe reconsider those schemes I'd thought better of by the time it was snowing in February. I have kept nearly all my beermats; they are as good a summary of what has mattered to me as any.

I like making other lists too; a favourite is a 'Best and Worst of the Year'. Interestingly, the highlights never quite align with that year's beermat, reminding me that while planning is good, serendipity often shapes our happiest moments. This year was no different. In August as the sky pinked over the Irish Sea, we watched two seals playing in the harbour at Abercastle. At a dull business dinner that I'd tried every trick to avoid, I drank a sublime Puligny Montrachet and suddenly it wasn't quite so bad to be labeled an Executive. In a rare gap between June's showers, we visited Hidcote Gardens and I loved the eccentricity and sheer extravagance of it all. This autumn the badgers came to snuffle on our lawn by moonlight. Only yesterday, we huddled on Abereiddy beach as billows of foaming spume covered the rocks and the onshore gale reminded us how small we are...

And this year's beermat?

In no particular order of preference, I'd like to:

I could add more, but too many would mean there are no real priorities. I also like my plans to be 'dooable', and not simply a wish list in the sense that it's nice to dream but they're never going to happen. I notice there's nothing about my work or career, or any of that crap they call 'personal development' (there never is). I suppose too, a lot of it is quite self-centred (typical, some would say). Maybe my list is nothing more than a way of carving out some time in what seems a very busy life; if so, that's no bad thing.

Whatever the underlying reasons, I think having goals matters and it seems right to record them - even if that's only on the back of a beermat.